Witnessing is not a static phenomenon

Witnessing is a shifting category determined by what kind of events are witnessed. This is what the media researchers Ashuri and Pinchevski argue (2009, p. 136) thereby opposing the view held by some scholars in trauma theory and Holocaust studies that witnessing is ‘an independent variable’. I will review ‘witnessing’ as a shifting category at the political, social and ideological level in the context of the Khmer Rouge-led Cambodian genocide.

Witnessing is not a static phenomenon, which becomes all the more obvious when observed at a more global level. Testimonies and the cultural forms used to convey them to audiences are part of this. The past decades have been the ‘era of the witness’. It was initiated in the Euro-American sphere and spread worldwide thanks to, amongst other factors, the expansion of electronic communication. The rise of civil society and the demise of long held authoritarian doctrines also freed the way for the development of a critical discourse, as in the fields of post-colonialism and post-modernism. This has changed the context of witnessing. The cultural anthropologist Allen Feldman formulates it in this way:
Human rights testimony and medicalised or psychoanalytic talking cures currently function as Enlightenment stand-ins, morally polarised to the murky density of embodied suffering and institutional indifference and denial, and to the mutation of state apparatuses into de-territorialised killing machines. These technologies of memory, jural reason and psycho-medical therapeusis are expected to rectify, respectively the polluting exposure of the victim and his/her auditors to violence experienced and/or violence virtually witnessed in narrative and other media (2004, p. 168).

Despite the process of standardisation stressed by Feldman, witnessing resists reduction to some universal formula. Contextual and local elements resurface and interact (clashing or combining) with internationalised templates. In their study of possible shared terrains between Buddhism and human rights in Cambodia, Ledgerwood and Un referring to Arjun Appadurai’s ‘ideoscapes’ remind that concepts displaced across borders and cultures exist as different sets of notions. Therefore, they require translation into a local idiom (2003). How does witnessing—thus—translate into the Cambodian context, 30 years after the collapse of the Khmer Rouge regime (1975–1979)? Lately, in the wake of the establishment of the Cambodian Tribunal, formally known as the Extraordinary Chambers in the Courts of Cambodia (ECCC, a.k.a. Khmer Rouge Trial), there has been an upsurge of victims-oriented projects in collaboration with Western partners. What will be the impact on local communities? What forms will witnessing take on in post-socialist and transitional Cambodia? Could witnessing furnish a space where the relationship between Cambodians and Westerners can be redrawn?

The paper investigates a small segment of witnessing in today’s Cambodia. It looks at some aspects, expressing each in its own way the idea of ‘shifting’: the transformation of testimonies due to time passing and contrasted systems of justice; the complex forms of witnessing emerging from participatory projects developed with Western authors in ‘We want (u) to know’ (documentary movie 2009) and ‘Breaking the silence’ (theatre play, premiered in 2009); the relationship between documentary and legal forms of witnessing through the example of Vann Nath, a survivor of the prison S-21/Tuol Sleng (the infamous torture and execution centre in Phnom Penh where the santebal, Khmer Rouge political police, under the command of Duch, killed about 17,000 people) and a key figure in the remembrance of Khmer Rouge crimes.

The wealth of the world has now become free of charge. 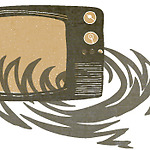 Information, entertainment and beauty can be accessed instantly and effortlessly. Using an Internet… 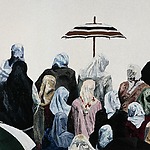