‘Breaking the silence’ and ‘We want (u) to know’ elaborate upon such ‘hybrid witnessing’. Boundaries get blurred both between categories—such as eyewitness, mediator and audience—and between narrative forms. This fits into the hybrid model that has become a privileged mediation between Cambodia and the West and is best embodied by the ECCC tribunal. Indeed the connection of both projects to the Khmer Rouge Trial constitutes one more expression of hybridity.

The team of ‘We want (u) to know’ describes the film as a ‘tool for NGOs and for the civil society in the framework of the outreach activities around the Khmer Rouge Trial’. The presentation of ‘Breaking the silence’ in villages is the occasion for launching debates about the ECCC. Facilitators from the DC-Cam invite villagers to come forward, tell their story and ask questions about the proceedings. A booklet ‘Who are the senior Khmer Rouge leaders to be judged’ is distributed (Keo 2010). Youk Chhang, the director of the DC-Cam, declares: ‘This is something for them in the village. This is their stage and their court.’ (Mac Grane 2009). One might be disturbed by the different levels of instrumentalisation which such relationship involves: of Cambodians; villagers and their sufferings; of testimonies; and of artistic forms as well. Yet, one must keep in mind that the presence of foreigners also ‘opens up’ new paths for remembering and transmitting. It bears recalling that also the Khmer Rouge organised performances (plays and songs) during their 4 years of rule and that they were making movies (which we tend now to dismiss as ‘propaganda movies’). Khmer language has been contaminated by the introduction of ‘Democratic Kampuchea newspeak’. How to bear witness with those words, with those cultural forms? To resort to other—less tainted—theatrical and cinematic references and language slippages inhering in translation provides some space for formulating (a) new stories. 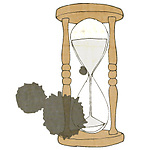