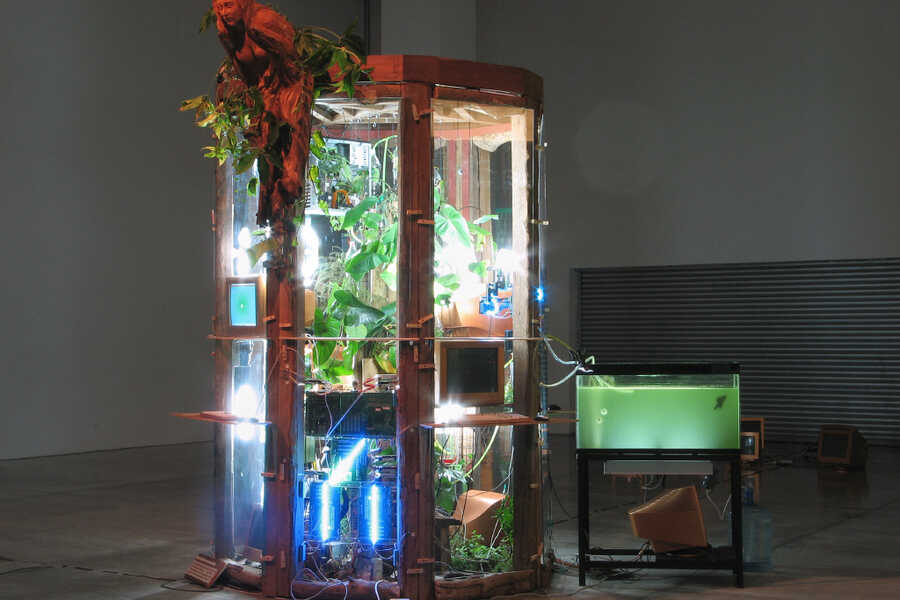 Biomodd is a collaborative art project conceived to challenge presumed notions of opposition between nature and technology in different cultures throughout the world.

Biomodd is a collaborative art project conceived to challenge presumed notions of opposition between nature and technology in different cultures throughout the world. The project started in 2007 during a residency of Angelo Vermeulen at The Aesthetic Technologies Lab in Athens, Ohio. Since then multiple versions have been built both by the people that originally came up with the idea, and by other communities throughout the world. Up till now, Biomodd art works have been created and showcased in Athens (Ohio), Los Banos (Philippines), Manila (Philippines), Cavite (Philippines), Sint-Niklaas (Belgium) and Maribor (Slovenia). In 2011 more will follow in New Zealand and the Netherlands. Biomodd is an open source art work and can be built and improved upon by anyone.

Since 2010 there's a new format for the Biomodd project: apart from building complex large-scale versions, there's also Biomodd Workshops in which people learn the basics of green case modding in a period of one to two weeks. Participants are led through an improvisatory process of creating functioning hybrid biological and digital sculptural forms that are consonant with the Biomodd conceptual framework, though on a smaller scale than the installations produced in Biomodd [ATH1] and Biomodd [LBA2]. Participants are introduced to the Biomodd conceptual framework and experiences from previous Biomodd workshops and projects. We show previous examples of systems that participants have built that integrate plant life and computer technology. We provide the participants with materials both taken locally and used in previous Biomodd workshops and projects.

Biomodd is predicated on a set of themes that are briefly introduced below. These themes have been defined and adjusted over the course of several years. Especially Philippine Biomodd Co-lead Diego Maranan was instrumental in giving this list its current outlook. 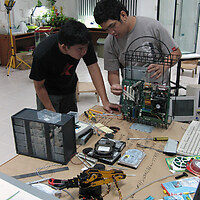