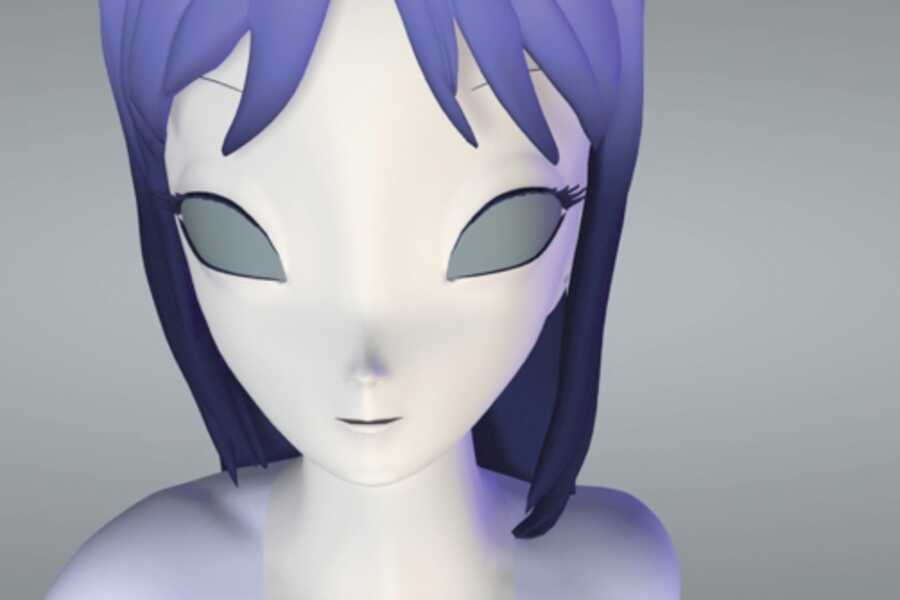 The Oxford English Dictionary defines “witness” as “the action or condition of being an observer of an event” (1). What identifies the figure of the witness, according to this definition, is the (physical) presence of a person. Caroline Nevejan describes the related concept of “witnessed presence” in her dissertation, Presence and the Design of Trust, as “the attestation of witnessing the presence of others” (Nevejan 2007, p. 79). The act of witnessing, and the fact of being witnessed are both temporally conditioned: they unfold in real-time — in the ‘here and now.’

Pierre Huyghe’s short video, Two Minutes Out of Time (2000) can be seen as a special case of witnessed presence because the observer does not see another human being in real-time and space, but an animated Japanese Manga character with exaggerated physical features in cyberspace. AnnLee, as this feminine character with ultramarine blue hair, almond shaped eyes, and Dr Spock like ears is baptized, is an imaginary figure of which Huyghe and Philip Parreno bought the copyrights. Then they made the character available to a group of befriended artists, such as Rirkrit Tiravanija, Liam Gillick and Dominique Gonzalez-Foerster, who used her as an inspiration source for their own work in a variety of media. Huyghe also created a few works with AnnLee himself, such as the just-mentioned video, in which we witness this charming cyborg as she is reflecting upon her own digital presence and brief existence: “I have two minutes,” she warns her witnessing spectators, “in two minutes I’ll be away.”

Huyghe’s animation challenges the concepts of witness and presence as described in the opening paragraph. The artist does everything to bring AnnLee ‘to life’ — providing her with recognizable human emotions and a keen intellect — but the question remains whether the term “presence,” in the classic, ontological sense, can be used for a virtual character? Can we claim that we witnessed AnnLee’s short-lived presence during those ephemeral minutes, or do we have to modify our ideas of presence and witnessing in the face of personae in cyberspace, which today make up such an integral part of social on-line environments, from Facebook to Second life? In other words: how do such virtual identities — whose physical counterparts we mostly never meet in real-life — relate to our actual corporeal beings? How do they relate to our notions of reality and fiction in general? While AnnLee is not an avatar created for the Internet, she certainly triggers essential questions about our constructed ‘Self’ in the digital age (2).