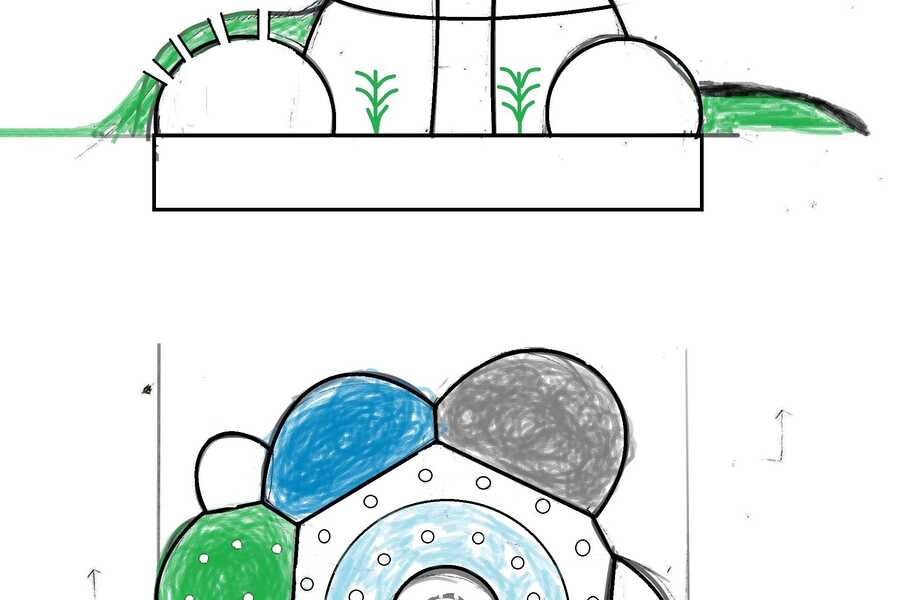 Sometimes, integrating ideas from different people, into one single design might be the most challenging part of the project.

The previous day ended with a lot of changes required of our design from the four other groups. We now had to come up with an entirely new design or redesign our initial concept. We had to be open to both options and hence sought out ideas for both of them. We initially started the day with a modified design from the previous day, with a single dome structure instead of one with surrounding hemispheres. The initial design also had a lake around it and the entire roof was covered with grass. These had to be removed because they did not complement some of the requirements put forth by the other groups.

After a number of discussions with the other groups, which went for most of the morning, we had to decide on a design as time was running out. We finally sat down together and had to rethink the whole design. All the input from the remaining four teams gave us a lot of ideas and we finally came up with an improved design which was acceptable to all the other teams and to the members of our team.

This wouldn't have been possible if we had kept our minds closed to opinions, ideas and even a little criticism. If not for the other four groups, this design would not have come to life. Though the day started off with us not having a proper design, by the end of the day we were able to come up with a design which was accepted by all the other teams and also one that we felt more happy about compared to our first design. I for one was very satisfied by the final result, which could not have been possible without the synergy of ideas from all the groups.

'Package time' had been developed further by this stage: "to divide the 69 hours into 23 equal…

Caroline Nevejan - The people who were reporting in the edit group were all social scientists and/or journalists. The…