Serious workout session: getting to technical stuff.
But also: how to vanish worries about complexity.

Third day of work.
The day started right where it ended the night before.
We summed up all the ideas we have had and each one of us focused on a specific sub-topic inside the one we were assigned, POWER SUPPLY.
Basically, we organized our speech with an introductory part, aimed at briefing our whole plan, based in first place on alternative ways of producing power, on tricks to reduce its consumption and ways to store energy.
• PRODUCTION. Basically, the Faculty building will be better off if it’s able to generate its own power: this is possible since it is a big building with wide space around it; among the sources that were thought of, there are sun and wind energy. Regarding biomimicry, fireflies were taken into consideration for the process of producing light through active biological processes.
• REDUCTION. The strong part of our plan revolves around smart planning of the architecture and of the choice of the materials. According to the disposition of windows, there will be more natural light during the day and, possibly, it will be diffused by shaping the walls in curve ways and making them with reflexive materials (i.e. mirror or glass)
• STORAGE. Storing energy is always a difficult task. We offered the idea of storing it as heated water, but, as we were kindly suggested, huge amounts of water would be required.
Once all the presentations were done, the executive plan of each group was clear and stated. Moreover, changes were made through suggestions and critics from other groups.
The work now went a little bit in depth, as everyone tried to find ways to implement its own ideas.
The afternoon ended then with a session of “Take and Give”. The groups basically re-stated their plans in order to make others understand what is fixed, and therefore that cannot be changed by ideas from other people; at the same time, needs from other groups were stated. In this way, the project got even more complex as the first corner stones and links were established, meaning that space for changes was narrower and narrower.
Finished working, all the worries about complexity arising from the project rapidly vanished thanks to a drinking session altogether.

What I expected. What I experience. What I'll learn. 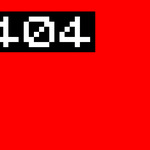 Caroline Nevejan - The building of software is all publicised. Therefore in an Open Source community one works for an…