The Rock Garden in Chandigarh, India is world famous for its design: it is an artistic theme park, made entirely from household waste.

When speaking of Chandigarh, the average architecture student immediately exclaims the name of Le Corbusier, the famous French architect who designed the Indian city, from its street plans to its important buildings like the Court of Justice and the library. However, not only Le Corbusier has marked this city with his marvel! In 1957, a man, fed up with the litter that was disfiguring his city, decided to take things in his own hands. Nek Chand, government official, secretly started building this wonderful garden with only his imagination and lots of household waste. He built countless art figures, waterfalls and beautifully carved rocks (hence the name). The material he used was scrap and other types of waste such as bottles, glasses, bangles, tiles, ceramic pots, sinks, electrical waste, etc. The garden would grow to become over 160,000 square meters big. Nek's lifework clearly shows that it does not need everyone to make a difference. Instead, one man can make a clear impact on society and the environment as a whole. We chose to study on this subject today because it is an inspiration to the underlying thought in Romain's idea of immediately rewarding people for their efforts in waste recycling (the "Cash for Trash" principle). Here, we see that one man has gained immortal fame and has put his hometown Chandigarh forever on the map from visitors coming from all corners of the globe. We invite you to take a look at the pictures, which show the usage of old electrical power outlets, caps that used to cover beer bottles and ceramics from various appliances now used in statues.

Nek's garden can best be viewed as an enthralling visit to a world of vivid imagination and psychedelic dreams. It is as though we are in Lewis Caroll's "Alice in Wonderland", and, just like Alice, we have dived in the Rabbit Hole and have found us in a new World.
I was lucky enough to visit Chandigarh myself during the past summer of 2012 and I would recommend everyone to make a stop here when traveling through Incredible India! 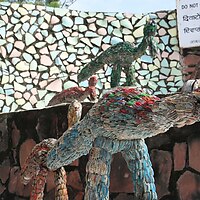 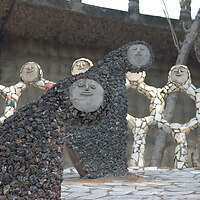 Perfection is a standard. 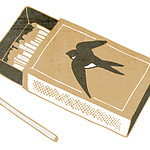 Nobody is an amateur

Nobody is an amateur at being themselves.