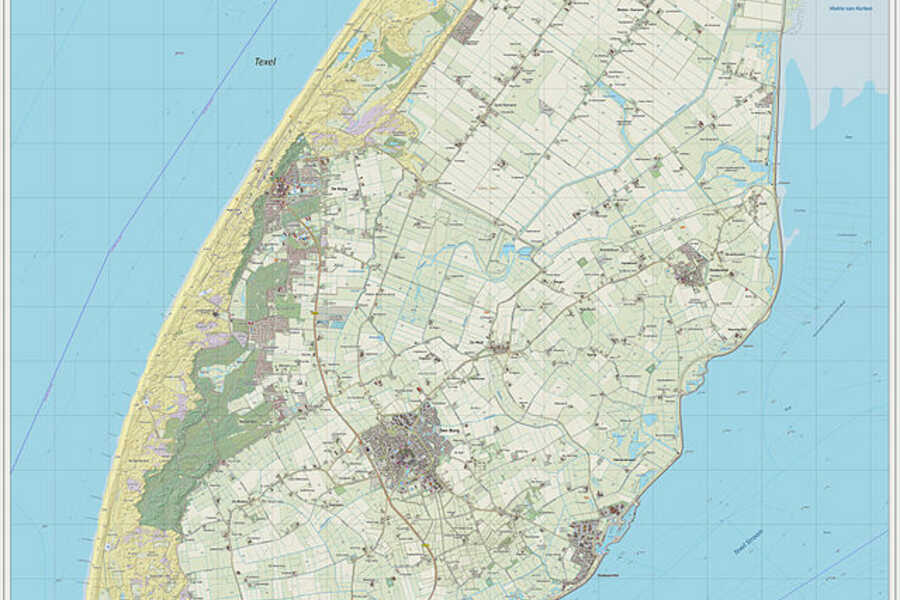 The first meeting of Engineering for a Sustainable Development was held on Wednesday, November 12th from 13:45 to 17:30 on TPM building, room C. During the introduction we met our course coordinators Bertien Broekhans (course manager), Eefje Cuppen, Caroline Nevejan, Lucas Florez Atehortua and Irma van Bergen Bravenboer. Furthermore, the aim of the course was established: Designing Texel as a sustainable island. And the main topic of the meeting was “Texel sustainable island”.

All the participants from different faculties and backgrounds and the coordinators introduced to each other and everyone established which was the most unsustainable think that they have ever seen and who was their sustainable heroes. Besides, the groups were arranged and the group assignments were consigned. Moreover, The assessment criteria, the rules, the research tools and methods were explained. Besides, the participants got familiar with the virtual research environment called “Witnessing You: 2014 Sustainable Texel”. On the other hand, It was established TEXEL as the main system to be analyzed that is integrated by nine sub systems: Public space, Mobility, Water cycle, Texel as host, Food, From the sea, Health and Happiness, Materials and Waste, and Leisure and Knowledge.

Furthermore, it was stated that Sustainable Development is the “Development that meets the needs of the present, without compromising the ability of future generations to meet their own needs.” Therefore, in order to develop a sustainable design three important aspects need to be in equilibrium: Environment, Community and Economy, regarding the Triple P factor: Planet, People and Profit. Besides, it was implied that there are many ways to solve problems in a sustainable way and several conditions can be taken in account to be analyzed. As consequence, a sustainable design cannot be fulfilled completely because it depends on the direction that is developed. Therefore, there are several aspects to be considered and different directions can be taken within the development of a sustainable design (articulations). Thus, achieving different solutions.

A transition can be described as the shift from one stable socio-technical system to another improved socio-technical system. The shift results not only in technical changes, but can be described as the continuous process of change where the structural character of a society transforms, according to Rotmans (2001). Besides, it was also stated that transitions contain a series of possible development pathways.

During the lecture it was stated that some time ago, Texel established the great ambition to become energy self-supporting by 2020. Since then, many plans have been created and proposed within the island but until now it was settled that these sustainable practices did not became part of a wider transition towards a complete sustainable environment. Regarding all these factors, it is proposed this course in order to generate a sustainable island.

Firstly, some background information about the island. Texel is located within North Holland in Netherlands. It has around 463 km2, from which 161 km2 is water and 302 km2 are land and it is composed by 13,641 inhabitants (May 2014). The highest point on the island is a 'hill' of 15 m above N.A.P. The island moves slightly to the east.

A ten-minute trip with the ferry is necessary to enter the island. Texelaars are shareholders of the ferry organisation. The boat itself is not sustainable at all, it produces a lot of emissions and they do not purify the wastewater.

Within the island there are many people who are working, proposing and designing new strategies in order to generate a sustainable environment within the island. Therefore, many people are creating their own business within the island such as beer, agriculture, sea life, among others focusing mainly in improving the tourism which is one of the most important incomes for Texel. There's a maximum number of beds of 47,000, which means that no more than 47,000 tourist can sleep on Texel at the same time. The effect of the implementation was the increase in hotels instead of camping sites. Examples of people and organisations on Texel that are leading in sustainability are Van Rijsselberghe (salt water vegetables), NIOZ (marine institute), Theunis Piersma (seaweed centre) and Jacco Boersen (Zelfpluktuin).

The Texelaars have their own culture. Almost 70% has a job within the tourist sector. This results in high peaks during summer and low peaks during the winter season, which reflects on the daily life of the inhabitants.

During the lecture was also implied how important it is to take care of the environment in Texel, regarding animals and plants. Texel is situated within the "Wadden" area where a lot of different species exist. The water has also a major effect on the island, not only the shift of the island but also the tides. It is important to consider many other aspects within the analysis and proposals for Texel such as energy, mobility, agriculture, water, tourism, recreation and culture in order to generate a sustainable island.

The sustainable architecture on the island is very poor. There are a few buildings that perform the function as a pioneer, but the problem is that nobody wants to follow them. The inhabitants like their poor isolated and 50-year old houses. The rooms for the tourist are neither sustainable because the Texelaars don't think that the high demands of the tourists can match with the sustainability goals.

Currently only 1% heat and 2% energy used on Texel is produced in a sustainable way. On the one hand they are leading, for example on the area of food. However, on the area of energy they are far from becoming an energy neutral island in 2020.

Pinal Desai, Tatiana Armijos Moya - Oosterend: The fisherman village   Oosterend is a village of the municipality of Texel within the…

Texel as an (Eco) system

Pinal Desai, Tatiana Armijos Moya -   Texel as an (Eco) system In order to develop a sustainable island, Texel needs to be considered…