This sections focus on the problem related to the high reliability that Texel has on tourism, creating a trade-off between economic development vs. landscape and cultural heritage

The island of Texel approximately has land area of 16 Ha which is situated in the Wadden area, northwest of the Netherlands. It consists of seven villages, which are Den Burg, De Cocksdorp, De Koog, De Waal, Oosterend, and Oudeschild. Den Burg as the main village has 7.000 inhabitants in current condition. Each village has its own character and mentality, although all the Texel people still have a homogenous local cultural identity. (Boissevain and Selwyn, 2004)

Tourism is the main source of income in Texel, where 75% of the people are relied on it. The second source of income on the island is agriculture, even though the number of farms have decreased by 48 from 1985 until 2000. Economic statistic of The Netherlands in 2010 shows that 3.300 people in Texel work on commercial services field, 1.500 people on non-commercial services field, 700 people on industry and construction field, and only 170 people on agriculture and fisheries. (Texel.net, 2014)

The number of overnight stay tourist have increase tremendously by nearly 50% in five years time with the average length of stay is 6 to 7 nights. It was recorded that in 2009, 3.886.350 tourist stayed overnight in Texel. Furthermore, TESO service and municipality of Texel mentioned that total tourist expenses for overnight and day, reached  € 256.236.850. (Texel.net, 2014)

Particular reasons why the tourist visit Texel are because of its forest, tranquility, beach, opportunity to enjoy nature by walking and cycling. The other reasons are because of the fresh air, feeling of an island, feeling of freedom, and relaxation.

Since tourism is the main source of income in Texel, It leads to different way of living there and brings impacts in terms of livability. Although it has been a discussion that the impact of tourism is not the only factor that affects the livability in Texel, but also by the context of politics, policies, and planning.

Recent surveys from Lengkeek and Van der Velden in 2000 summarized several issues that were distinguished. First of all tourism leads to two distinctive aspects which on one hand brings more traffic, turmoil on the island, and several other drawbacks and on the other hand brings more income, jobs and quality of services. (Boissevain and Selwyn, 2004)

Secondly, tourism has threatened the continuity of agriculture as a result of conversion of agricultural land into extension land for tourism businesses. Furthermore it brings affects to the local identity, culture, and architecture. There is also trust issue about the role and the ability of the local government address the external influences.

Generally speaking, people from Texel have high sense of belonging of their island. Local party and local action group preserve and strengthen their local identity by representing the interest of the agriculture sector and livability issue.

People in Texel can be considered to have a homogenous cultural identity, however every village has its own characteristic, for example De Koog appeals to the tourist, De Hoorn has an agricultural community, and Oudeschild is a fishermen village. Some islanders support the tourism development in the island but some feel that their freedom is limited by the presence of the tourist. The amount of camping areas that intrude the farms, traffic jams, and crowding on the island are several reasons that have been debated by the islanders. The intention of the tourists to transform the island into their places in order to feel familiar with the place is creating and undermining the construction of place at the same time. (Boissevain and Selwyn, 2004)

Dependences on the tourism in terms of local economy is the main social issue in the island. Tourism development has been judged as a dominant yet vulnerable basis for the island’s economy. It can be said that the general income in the island is rather low and depends on the peak holiday season which leads to a fact that most of the islanders have more than three different jobs in order to compensate their income in the low season.

Outlines of the future socio-technical system: Balance of the system

Black Pete? Green Pete!   It is only a couple days until it is the 5th of December, which is in the… 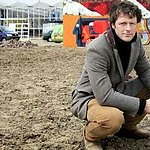