The municipality of Texel consists of 170km2 land and 416km2 of water (sea and inland water). These figures show that there’s plenty of (saline) water on or nearby the island.

According to the holiday website Zoover, the average annual rainfall is 996mm. A more scientific source for this amount cannot be found yet.

The yearly amount of distributed water on the island is about 1.600.000m3 according to data of the PWN. PWN furthermore states that on hot days during the tourist season the average use per day of the whole island is 7500m3 of drinking water.

- PWN (Provinciaal Waterleidingbedrijf Noord-Holland). This institute is responsible for all water supply systems in the province of Noord-Holland, including Texel. The 2 pipelines that connect the island with the mainland for waters supply and all other drinking water supply lines are owned and maintained by this institute.

- HHNK (Hoogheemraadschap Noorderkwartier).  This governmental body is responsible for water management, maintaining dikes, treatment of waste water and maintenance of the sewage system.

- Municipality of Texel. The municipality is partly owner of the sewage system and takes care of the maintenance of some parts of the system .

Unlike in the past and other Wadden islands, Texel does not produce any drinking water on the island. Because of the large number of tourists during the summer season not enough water could be generated on the island. The maximum capacity of drinking water production was already reached in 1966 and was about 540.000m3. The island now depends on 2 pipelines that supply the island with drinking water.

Since July 2012 Texel has one big water treatment facility in Everstekoog (before this there were 5 smaller ones). Every larger village has a storage tank for the wastewater of the households before it is transported to the treatment plant Everstekoog. The sewage system does not separate waste-water and rainwater, which results in need for more capacity during rainfall. The smaller villages have a tank of 20m3, the biggest town Den Burg 100m3. The water is pumped to the treatment plant from these tanks according to the amount of water inside. This allows a changing distribution of waste water, according to the intensity that is required. This is a very useful feature for the water management on the island.

The treatment facility Everstekoog treats wastewater from all the villages on the island and has a capacity of 8 million litres or 8024m3 water per day. The water spends about 1-2 days in purifying tanks were the water is purified and cleaned by billions of bacteria.  After this first processing the water is already clean, but more nutrients have to be added. This process takes place in the helophyte filter on a constructed wetland of 9 hectares for 3 more days.

After these 5 days the water is released to the ditch system. A surplus of treated water can be released in 2 directions and this effluent is powered by 2 pumping stations on both sides of the island that end up in the sea. The flowrate can be up to 350m3/minute. The treatment process is already very sustainable, except the fact that rainwater also enters the treatment system and that not all cleaned water is stored in situations of a surplus.

The ditch-system acts as one big water buffer. The water level in winter is on average 40cm lower than during summer. In February they start stacking the water in the ditches by means of 900 locks (of which only 56 are automated) to create this buffer and allow a natural stream. This water is then used in the summer to irrigate the land.

In 2005 the municipality of Texel and HHNK agreed to start collaborating in the waste water processing and interventions to improve the water system.

In the interview with Nico Tessel (employee of HHNK) we concluded that cooperation only exists in case of emergency. This means that municipality and HHNK work closely together in periods of extensive rainfall to minimize the effects. More cooperation is not present due to lack of budget the municipality is facing.

We have found no other relations or cooperation between the actors.

Rules & regulations that organize the system

This can be divided into agreements between actors or goals set by the municipality and governmental legislation.

Legislative regulation regarding the water system is defined in the following laws:

Since 2009, most of the legislation is combined into the overall legislations of the waterwet.

During our visit on the treatment plant we also found out that quality of the treated water is very important. A robot takes automatic samples of the water quality which are send every 2 weeks to a testlab in Hoorn were the quality is checked.

Texel does not have its own drinking water supply, but is supplied with drinking water via 2 pipelines that are connected to the mainland. In the summer of 2013 one of these pipelines broke down. This event happened in the middle of the tourist season and on top of that a heat wave hit the Netherlands. Because of fear of a water shortage PWN sent 10 tank-cars containing 30.000 litres of water to the island every day to make sure there was enough water available. The fixing of the pipe took about 3 months because the pipes are 25m below sea level which makes it an expensive and labour intensive job.

The failure of the pipeline illustrates the drawback of not having an own water supply.  On the other hand it is now not economically feasible to have a drinking water facility due to the low population density and the high demand during tourist seasons.

Furthermore the sewage system is not able to cope with extensive rainfall. In august 2014 heavy rainfall caused flooding of some parts of the island. At some places the water was half a meter high, causing a lot of inconvenience. Due to climate change precipitation patterns will change causing more rain to fall in shorter periods, but also longer dry periods. Events of extensive rainfall or longer periods of drought are more likely to occur in the future. This indicates that a bigger buffer capacity is needed to have sufficient fresh water supply during periods of drought.

Another major drawback of the current sewage system is that the water is not clearly separated into waste-water and rainwater. Due to out-dated systems in parts of the island rainwater enters the sewage system. This increases the amount of water the treatment plant has to treat, while the rainwater does not need any treatment.

The new water treatment facility releases the water to the surface water after processing. This relatively clean water might be (re)-used in a more efficient way to cut down the average water use.

In 2010 the organisation Duurzaam Texel (sustainable Texel) distributed a water saving feature among all Tesselaars that they could mount on their home water taps. This small polymer cap which is placed at the end of the water tap lets less water through while the pressure remains the same. This will annually save 3000L drinking water per household, and 18 million litres for the whole island.

To reduce the use of plastic bottles the voluntarily organisation AquaPLUS started an initiative to promote the use of tap water. The project is called AquaTX and is initiated to reduce the plastic waste found on the beaches of Texel. Tap water is a good alternative and 400 to 1000 times cheaper than water from a well but besides that it doesn’t need packaging and therefore has less environmental impact compared to bottled water. To promote tap water drinking glasses with the logo of AquaTX are sold to bars, restaurants but also schools and offices. Besides trying to change the behaviour of people this organisation also organizes events to clean up the beaches in cooperation with schools.

The consultancy and engineering firm Antea Group recently came up with the initiative of a water footprint. Clean water seems obvious, but it takes increasing effort to maintain the quality of drinking water and therefore innovative solutions in the water chain are needed. Antea Group advises government bodies and commerce in this challenge. They are working on a toolbox to develop sustainable water management and reducing of water risks for the economy.

An important trend on Texel is salt water agriculture. Different initiatives and projects have started which deal with salt water farming. The first crops, saline sea-kale were already on the market in 2008 and developments did not stop there. Farmer Marc van Rijsselberghe now produces a variety of saline crops such as potatoes, onions, roots and cabbages. Who knows what genetic modification can do to make other plant species suitable for saline agriculture. By growing crops with saline seawater, land does not have to be irrigated with fresh water, which would be very beneficial towards a self-sustaining water system on the island.

Another agricultural pilot project on Texel is a freshwater storage basin.  Due to climate change the availability of freshwater will not be as regular as it is now because rainfall patterns will change. More rain will fall in shorter periods, causing longer dry periods. This project investigates how farmers can have their own freshwater supply to overcome periods of drought. It’s a combination of a basin in which rainwater is collected that felt on the roofs and a drainage system to irrigate the land.  This pilot is initiated and financed by the province of Noord-Holland and ends by the end of 2015. The municipality of Texel and HHNK are also involved in the project.

http://www.noordhollandsdagblad.nl/stadstreek/denhelder/article23653173.ece/Tankwagens-met-extra-drinkwater-naar-Texel?lref=sll -> about pipeline that broke down

http://www.duurzaamtexel.nl/actueel/tips-om-water-te-besparen --> water use in general

http://duinenenmensen.nl/wp-content/uploads/2014/12/Drinkwater_op_een_eiland_maandbladH2Onov13.pdf -> data about water use 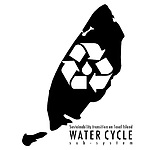