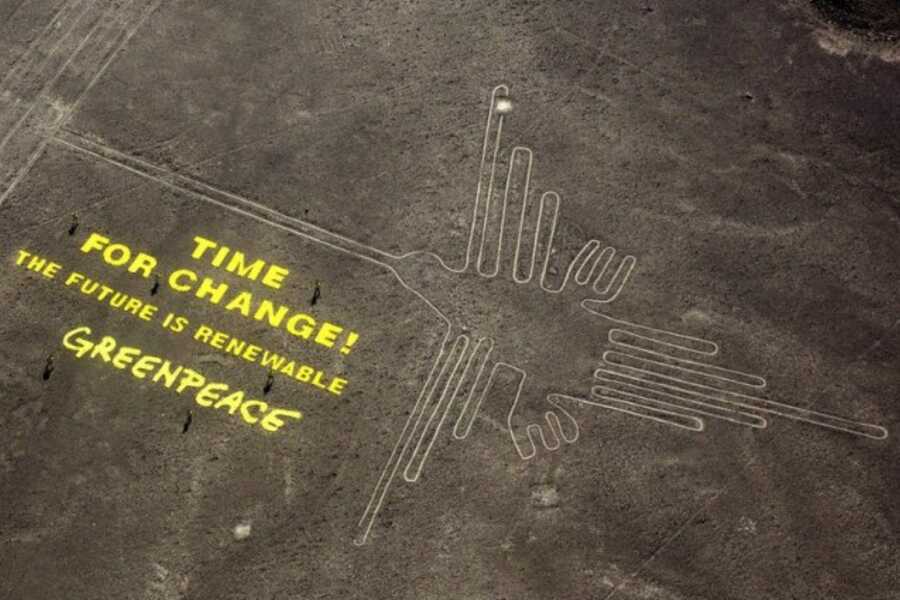 Quite recently Greenpeace came in the news rather negatively. Apparently they vandalized the Nazca lines, Peru, while trying to broadcast a message regarding global warming. This really rubbed me up the wrong way. While I support the initial message, this way they only made it worse. What the hell were they thinking?!?

Not only is this act an act of vandalism, it damaged a protected area in which ancient geoglyphs were lying. It is/was an ancient world cultural heritage. And if this weren't bad enough, there didn't was anything like an apology. They only stated that they were sorry that some people didn't like it. This shows for me Greenpeace, or at least the responsible department/people, really lost reality out of sight.

If one want to deliver a serious message to the world, regarding the destruction of the world, don't do it by destroying a part of the world. This way they only get heavily criticized. And while this may be what they were looking for (controversy), people now have a more negative with the message they were trying to deliver thus having an inverted affect. And while we're trying to get educated and later trying to help with solving the problem, there people are just undoing this kind of work. I almost can't understand how such people can be so ignorant. It also makes me feel a little hopeless. While we're trying to fix a problem, others (like these 'rogue idealistic groups') are doing these kind of actions to turn public opinion the wrong way.

While this action, for example, was very, very stupid, I can only hope most people will see beyond the vandalism and don't think less about the stated message. For change can only be made possible with public support and a global change in habits. While this action will probably not affect the public opinion much, it just feels like a step backwards. And that's something we just might not be able to afford.