The first step in achieving change is by changing the mind – set of people. Any change that affects culture, traditions and religious beliefs even slightly is resented. Change can start by inspiring people. Change that gives a monetary benefit is an added incentive. Having a positive outlook is also a bonus in achieving change. This is a difficult process to achieve if not planned out properly, as it is easier to break trust than to gain it.

A realistic aim for the year 2065 is to reduce at least 30% of vegetable imports from the mainland and export at least 30% sheep products out of Texel.

Texel, as previously mentioned has a typical agricultural based economy. So it is obvious that any improvement in the agriculture will directly benefit the economy and the food output. However, the current farmer’s reputation among the other Texelaars is vulnerable because there is not much contact between the two parties [1]. This results in him not giving back as much as he can to the community. This atmosphere of tension can only result in a cycle of hate where, the community dislikes farmers and vice versa. If there is such a thought process the output will most definitely not be the highest.

Encouraging people to invest in farm land solves the problem of isolation of the farmers as well as helps in damage control (if there is a calamity). Following which the farmers can be encouraged to sell their produce at farmers’ markets; this gets rid of the middle man and forces interaction between the two parties.

After the problems of producing local food and possible solutions are mentioned, consumption of this local food is the next step in closing the loop. Inculcating the habit of eating locally can help the island as it can:

This can be done by arousing the people’s interests, possibly by hosting an annual cooking competition in Texel (using local ingredients) and inviting famous Dutch Chefs or eminent personalities like Jamie Oliver to taste and judge the dishes. The winning recipe can be made publically available for the rest of the year in restaurants across the island. Ideas similar to this will intrigue people and cause them to switch over to eating locally. The hype of this event itself will be another way to cause a mind – set shift. An incentive to eating local food is that it will be cheaper than buying food from the supermarkets.

Another innovative idea could be ‘Food Swap’ where local produce on Texel can be exported, through a middle man, to the mainland and food from the mainland can be shipped back to Texel. This food which is exported from Texel will cost more and will compensate for the food being subsidised on Texel. This will be a more efficient use of transport and will give the farmer a larger return on his efforts.

Achieving a change in technologies is another step in improving the output for farm lands. Switching over to organic farming from the normal ways of farming has been said to improve the output of crops by almost 15%. For small land holdings like Texel, organic farming can improve production after a period of 5 – 10 years.

Since majority of the water in Texel is saline, it is logical that to maximise food production saline alternatives to the crops must be possible. Presently, potatoes are being grown by Marc Van Rijsselberghe. There are different types of salt tolerant crops like garden beets, spinach, tomatoes, broccoli, winter wheat, spring wheat, oats, peas and many more. [2]

Considering the lack of arable land for food crops, cultivating halophytes (salt resistant feed crops) is an efficient use of the rest of the land. These crops can grow in salty soil and can serve as feed for the sheep in Texel. These crops will not complete with the other food crops and instead provide food for the sheep, provide protection to the land by preventing soil erosion and work as feeding areas for the fish, birds and other animals. By leaching salt from the lands a few of these halophytes can provide more land for non – saline agriculture. An added bonus is that a few halophyte species can act as biomass if the island has plans for a biomass energy plant. After the camel, sheep is the most salt resistant livestock. Therefore, there is no drawback in feeding these halophytes to the sheep. [3]

Texelaars are a proud and a hardy group of people, they had faced difficulties of being away from the mainland, learning to be self – sufficient and lived through the Germans warring with the Georgians after World War II. New changes will be difficult to push forward unless the people are thoroughly convinced that it is beneficial. So shifting the mind – set will be one of the major challenges. However, appealing to their cultures and respecting their traditions is a fair way to start.

Presently, there are not many policies in Texel that benefit the farmers or the ecosystems. Even the few ones which are present are intertwined with bureaucracy and other laws. The Netherlands has a notorious reputation for having too many laws when it comes to agriculture [4]. Being an island Texel should have its own laws. Laws that provide compensation for loss of produce or sheep due to calamity or disease can be a fair way to help protect farmers. To assist the government in this, insurance companies can also pitch in and provide the necessary financial protection. This will ensure a mind – set shift causing more people to take up farming. 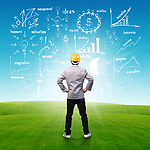 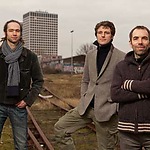 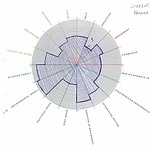