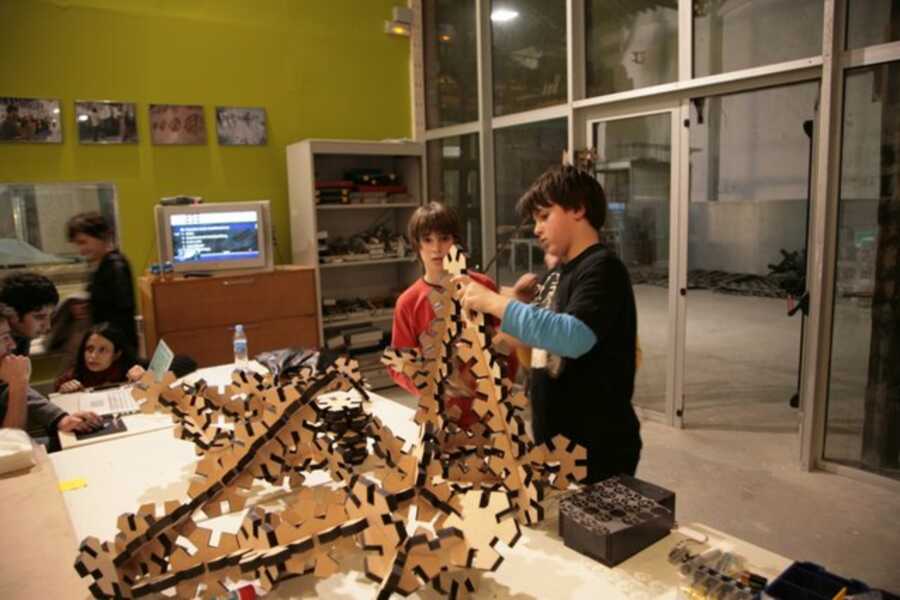 To sum up, we propose a part of the meta-design that will include all sub-systems.


In our system we propose the construction and exploiting of TexelLab, which is based on the idea of de Ontdekfabriek in Rotterdam and somewhat like the Science Centre in Delft, in order to mainly involve children and let them make their own sustainability. Constructions, small systems, games, etc will make the visitors understand their contribution to the ecological footprint and how to decrease it and save/produce energy as well as why it is so important to have such knowledge. And all in a playful and attractive way.

This mind set will be taught to the children in a young age, which will leave its spores in the future. These children will grow up with these habits or ideas, appreciate the sustainable way and possibly spread them. Or like the Dutch saying goes "Jong geleerd, oud gedaan" (learned young is done old).

Besides the learning experience the facilities will host an exhibition for NIOZ, texel energy, individual entrepreneurs and others that cannot accept visitors at their working place. So that will be a great chance to show what they are doing and share their outcomes. It will be a 'showcase' of knowledge, researched on Texel, giving Texel an extra incentive for people to visit Texel.

From a Texelaar we heard there are many 'little inventors' making quite high-tech stuff in their garage or barn. They want to do this for their own use, but may also show it. This TexelLab will give them the noncommittal opportunity to show these inventions or constructions and make a little name for themselves.

Next to the increased awareness, especially among children, and the exhibition which are intended with the TexelLab, the Lab will provide Texel with additional employment. Providing up to dozens of jobs will not only increase the incentive of younger people to stay on or return to Texel, but also have an positive influence on the local economy.

The TexelLab will probably be a new building being constructed near the south harbor of Texel. This way the tourist coming from the ferry will immediately see the lab, increasing it's publicity. Besides the location, the TexelLab will be actively promoted within the tourist information. This area is currently not used for anything and quite an ugly first sight of Texel for the tourists. Combining the TexelLab with other ideas for the current ferry landing harbor will have a positive influence on the charisma and character of the location where tourists arrive. Since there currently is not much, it could become more of a business card for Texel.

We also create the planning of touristic route system with the 'green energy route', the knowledge route' and we add on the 'local food route' that already exists. These routes are similar to the named touristic routes named in the current situation. With their specific theme they'll focus on the, in this case, sustainable part of Texel and link them together. This will have a positive impact on participants on these tours, not only in recreational values.

An additional consequence of these kind of routes is that people interested and participating in these routes might have some innovative idea of their own. When they'll visit relevant locations they might share these idea(s) with the Texelaar on location, who then can adopt this idea and improve the business/location/action on its own. So it works both ways. These routes can in theory act as a knowledge catalyst. 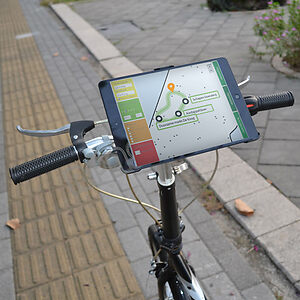 Along with the tourist routes, there will be an application. This application will be supporting the routes by providing additional information. When visiting a location, for example, it will be possible to obtain additional information on the location, but also on related (sustainable) elements on the island. This will give Texel as an island a common identity as a sustainable island. 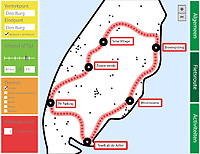 The 'green energy route' has elements like the TexelLab, the wind mills, a PV panel parking that is being build now at the south part of the island, the 'Solar Village Texel' when it will be ready, the bio-digester and as final stop the Kaap Skil in Oudeschild that will show how Texel will look like in the future after the implementation of all the energy innovations. 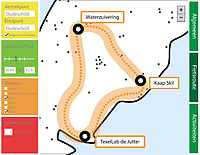 The knowledge route' will have stops like the TexelLab, Ecomare, the saline testing and the other relevant educational elements named in this book. The focus will lie on educating participants on high end technologies developed on the island in a playful and recreational way as much as possible. 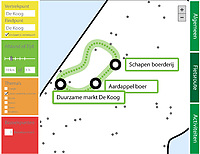 The 'local food route' will combine elements of the existing route with new from the sub-system 'Texel as host'. So it will include elements like saline agriculture, abalones and the seaweed centre if possible.

For realizing these initiatives, the TexelLab and the touristic routes, there's a clear difference between the current and intended future system. While the required action for the TexelLab will be much more, the tourist routes can be implemented a lot earlier, but initially with less elements.

Since the TexelLab is currently non-existing, there are quite some actions to take. The concrete plans should be constructed after a solid business plan. Since the goal of the TexelLab is creating awareness regarding sustainable technologies as well as local initiatives, the chances are high to receive subsidies from, for example, the Waddenfonds. This will decrease the load on governmental institutes for financing the project. One can also think of partners and private funders.

Since the TexelLab will involve a somewhat rigorous change to the life on Texel it is important to get the inhabitants of Texel along with the project. There were some thoughts which crossed our minds regarding this. One was the involvement of inhabitants themselves in the development, construction and exploitation of the project. While the main construction of the Lab will involve public tending, smaller services might be granted to local contractors to stimulate the local economy and gain support along Texelaars.

Besides this stimulant to the local economy, it will also be stimulated with the prospect of new jobs, required to keep the Lab working. The exploitation of the Lab will lie somewhere between the municipality, the community Texel and TexelLab as a company. This means TexelLab will most probably handle in the interest of Texel. Also the possibility to show the rest of the world what can be accomplished on Texel, without showing off, might have an interesting incentive on Texelaars.

Possible problems which may arise are mainly financial and possible (dis)approval of plans the plans.

In contrast to the TexelLab, the touristic routes don't require much action and don't involve many Texelaars. In cooperation with local entrepreneurs and businesses the routes will be finalized and produced for the VVV tourist information. First the VVV should comply with selling/handing out these route maps and providing additional information with it. This will be just like the other already consisting routes.

Next every element of the routes should comply (if possible), since they will probably be getting more visitors from tourists. This may also be a way to get them involved, since this is likely to positively reflect on their financial situation. It will not have an extra impact on the lives of Texelaars, since it will be a shift in participants of already tourist routes towards these routes. 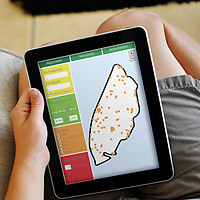 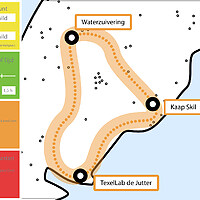 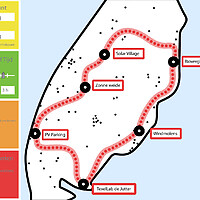 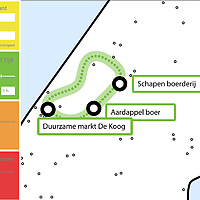 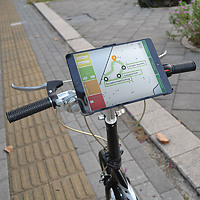 5.1 How to achieve the proposed changes

Thalia, Dennis , Stefan H - In order to have a successful Leisure&Knowledge system we have to make a short-term and a long-term…