Even though it is not his ambition, Warnier agrees if you want to design a good system that people are going to use, you really have to think about how people want to use their systems.

A lot of people don’t understand how a system works in the first place, the tool is very complex, and people do not want to know how it works. Like they do not want to know how their car works as long as it drives. Designers and all others who make the system, try to make their system more humanlike because it makes it easier for humans to interact with systems. Doing so though, they are actually blurring the issue of using a system that is a tool.

This blurring between tool and intelligent system is more and more a problem argues Warnier. Systems cannot witness, but systems become more powerful and people connect differences to each other and find new ways to exploit data that are already in the system. The data become more accurate and more things are interconnected. It can lead to some good things but can also leads to abuse. There are the European laws, like the European Data Directive, that defines a lot about what companies and governments actually are allowed to store, which kind of information, for how long, and that they have to inform people. Nevertheless, very few people understand what is at stake. Warnier thinks though that changing the research agenda will not make a difference. He does not believe that current society can inform research to what it should and should not work on. One cannot prevent people from studying and inventing new stuff. Also, researchers themselves do not know what the results of their research or the implications of their research will be in say in fifty years time. When discussing the example of the child dossier that is recently introduced in the Netherlands, Warnier argues that the systems engineer or the computer scientist, or the mathematician, can not be responsible for how a couple of civil servants decide to use a system. 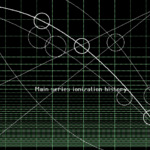 Caroline Nevejan - Warniers work is basically thinking and publishing these thoughts, which is why he only needs pen…