Quillinan is working on a use case of crisis-management for a European funded project. They are modelling crisis as it happens. For example, if an area of the Netherlands is flooded, certain things have to happen towards resolving this crisis and this involves interaction between people and computers in fact.

They are developing a model of crisis-management and using that to simulate different disasters to see how the overall plans that are in place, can be adapted to reflect these. Whether these plans are good enough, or whether they need to be modified to reflect this sort of crisis. The most basic task of crisis management is to save lives. You don’t care about anything else until all the lives have been saved or as any as possible. Once the lives are saved, you want to prevent any more property being damaged. And after that, it is to return things to normal.

In the simulation models Quillinan is working on official lines are the starting point of design. Both political realities as well as personal complexities, like the hysteria of the women who thought her backyard was flooding, are not taken into account. Computers do things very fast, but they’re not fast enough ‘to simulate the entire world in high-speed’, as Quillinan formulates it. They have to work with subsets: they are modelling the overall organisational model, looking at the crisis-coordinators of the Netherlands and how they direct orders to the organisations beneath them, the police organisation or the fire organisation. The simulations want to influence overall policy changes rather than ‘go to this street, put out the fire in that house, evacuate people first of course’ 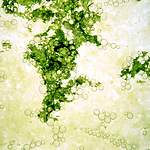 Caroline Nevejan - All societies, even all groups, invent rules by which they channel the behaviour of their…