Whether a frescoed wall, a cave mural, a digital projection or an Italian Renaissance perspective, virtual spaces are representations of space that we encounter on a surface. Throughout history, a broad range of practitioners—architects, artists, writers and filmmakers—have contributed hybrid design artefacts from a juxtaposition of real space and virtual space: mediated spaces.[1] We may find ourselves immersed, by looking onto a surface in order to explore a three-dimensional reality, a vast panorama, a furious battle, a busy workplace or the fictional space of a book. Arguably, these are architectural extensions. As we encounter a virtual space, we always find ourselves inside a real space, which is the space we share with other people and things (Summers 2003: 43).[2]

--------------------------------
Note 1: This paper draws upon research presented in my doctoral thesis, where I apply the concepts of virtual and mediated space to architecture, proposing an extended architectural practice (Gullström 2010). I discuss architectural extensions that facilitate collaborative practices and explore the boundaries of architecture as a discipline by observing its assimilation of other media practices. As an extended practice also calls for an extended discourse, a preliminary conceptual toolbox is proposed, consisting of design concepts, some of which are presented in this article. The concepts are adapted from related visual practices and tested on design prototypes, which arise from my design-led research and experience in designing work and learning spaces.
Note 2: Following this simple distinction between of ‘virtual’ and ‘real’ spaces, David Summers divides ‘real space’ into social space, for which architects are the principal designers and personal space, for which sculptors are responsible—while virtual space is the mastery of painting and the graphic arts (Summers 2003: 43). While it is easy to disagree with Summers’ division of labour and to characterize his definition as simplistic, its benefit is to make a spectator part of the activity on the scene: the spectator becomes an active user of mediated spaces. 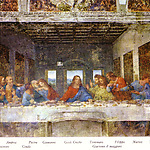 Charlie Gullström - Turning, then, to the designers of such hybrid spatial montage, we may observe how different…

Charlie Gullström - What is new, today, is that it has become possible to populate these architectural extensions; to…

Charlie Gullström - My research concludes that a presence-in-person paradigm prevails in our society, founded on the…

Sense of being there