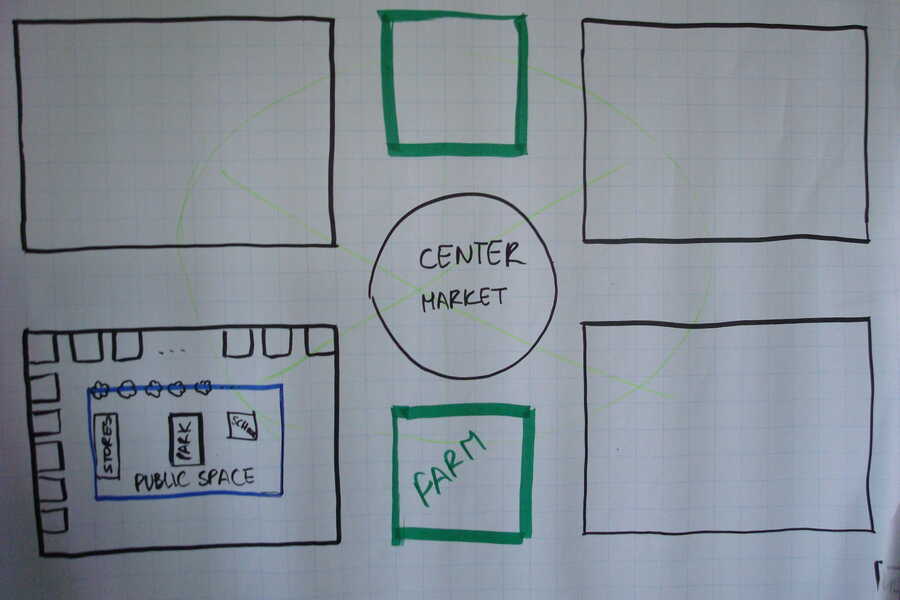 Problems as an insiration for better solution

The other groups made interesting and challenging requests which we had to take into account for our design. We start from the house and expand to the neighborhood and then make a plan of a whole city. Regarding the houses we focused mainly on the roof. There we were asked by the water group to collect the rainwater and take measures s that it won't be dirty. Also we had to produce energy from solar panels. Combining these demands we designed a "flat" roof without steep slopes around 3%. On the surface of the roof we placed photovoltaic systems that can turn independently to follow the sun circle. To keep the water clean we found inspiration in a plant which has hydrophobic layers and thus it is always very clean, because when it rains the dust is washed out. In the same way, a roof with a hydrophobic layer would first collect a more polluted water, from the washing of the roof, and, then, the system would start to collect the rest of the cleaner raining water to a different container.
So the water from the first minutes of a rainfall is not clean because it takes all the dust and mud from the roof, but after that we get relatively clean water which we can store. With pipes we transfer the water to a tank that is common for the whole neighborhood. We'd like to keep this water clean so we decided to put it in a closed tank and not in an open lake. To reinforce its shared use by the community we decided to put it in the basement of a public building, good choice may be the local school. Another demand from the transport group was to distribute the population uniformly throughought the region. So we designed four similar neighborhoods. Each one is an autonomous community with its own small center, a central park, a school and some markets. We put trees around the park not only to make it better but also to reduce the noise. There will be also a municipal center of the city in the central point of the four neighborhoods. There will be the mayor’s palace some larger stores a central square all these things so this area can act like as the “hurt” of the city. Also because neighborhood has both residential and commercial facilities reduces the demand of transport. Moreover we place some farms between the neighborhoods so that the citizens can grow their own food and also due to the small distance there will be easily available without the need of long transport. Finally we placed a recycling plant and a dump area for waste in an edge of the city so the disturbance that will be cause can be minimized.

On Wednesday we showed a draft of our project to the group. The feedback they gave us and the… 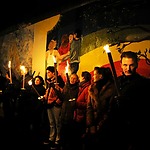