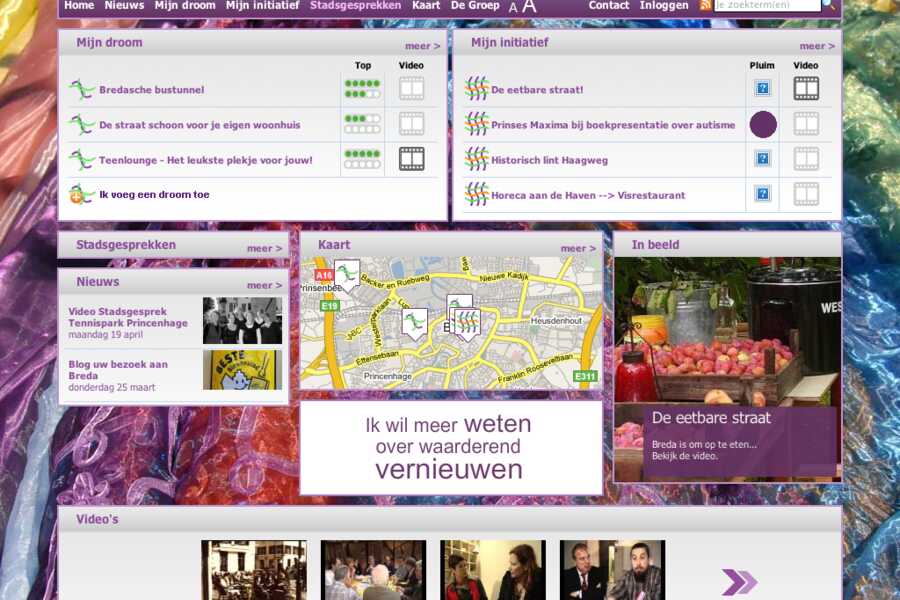 This project is an interactive site from and for the citizens of Breda. The goal is to connect people in order to conduct the city collectively, to collect initiatives of Breda citizens and to improve the quality of the city together. (Burgerlink 2010) Breda-Morgen offers the possibility to submit socalled dreams. With sufficient support, these dreams may promote to ‘initiative’, after which the municipality offers support in the form of independent expertise. An initiative can gain support as well. With sufficient support, the municipality commits itself to organise a meeting with the initiators (so-called town meetings).

You/Not You: People who start dreams seek support in their environment. More of the support is expected to come from the initiators’ personal network. But there is also the possibility for strangers to respond, people with whom no relationship is built (yet). Communication is initially quite apart from the municipality. In a relatively late stage, the municipality gets involved (by organising town meetings). Despite the considerable number of ideas and activity on the site, the number of five town meetings is still very low. Conclusion: Breda-Morgen gets a relatively low score on the dimension You.

Now/Not Now: Like most e-participation projects, communication is asynchronous (with the exception of the town meetings, which take place offline). Especially, compared to other e-participation projects, the response time is short—several weeks to several months to move from dream to town meeting. In addition, the website is transparent about the response. The score on the dimension Time is high.

Here/Not Here: Offline communication, actual meeting is present in the ‘initiative’ stage and during town meetings. The actual meeting, or the prospect of it, is valuable for building trust. Breda-Morgen scores reasonably well, compared to other participation projects.

Act/Not Act: Acting is paramount to Breda-Morgen. Participation is at the level of co-producing. In terms YUTPA, this means a high score.

Conclusion: With a relatively high score on the dimensions of Time, Place and Action, BredaMorgen offers a good basis for building trust between public and government according to the YUTPA model (see Figure below). 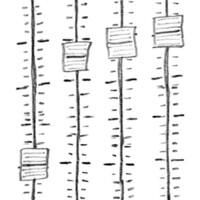 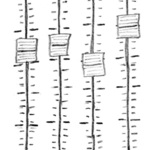 Maurice Berix - On the De Amstel Verandert website (translation: The Amstel River in change), one can propose his…