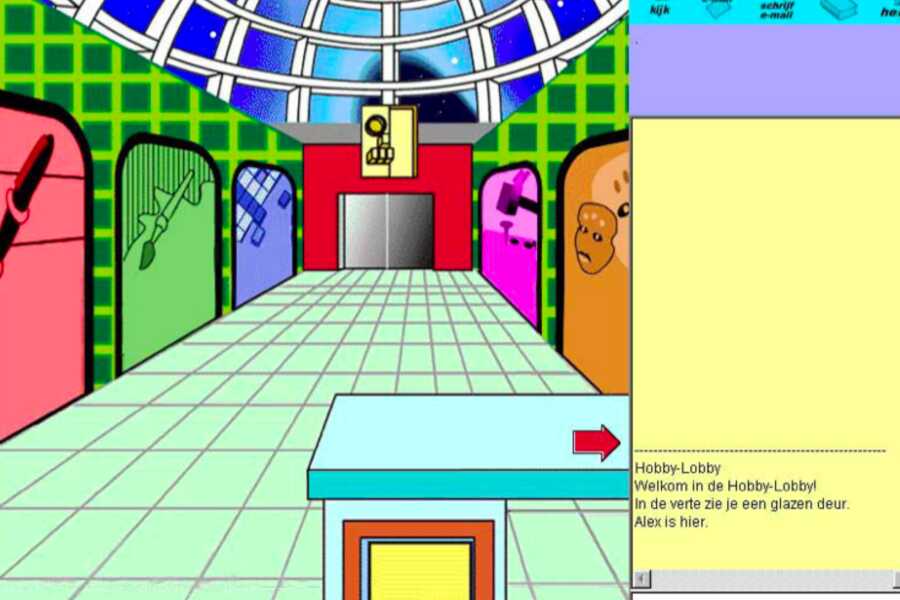 This was a week long adventure game for two classrooms of not the same school. In the first morning, both classes would have a theatreshow, but not the same one. Each class got distinct information and had to collaborate with the other class to be able to navigate and solve the problem. The problem was Demi Dubbel, a smart old lady wh had invented a time machine for traveling to the ateliers of famous artists. Het intention is to chase a away the models of the artists and to be painted herself. The children have to 'save' works of art in a complex adventure that lasts a week.

Demi Dubbel, created between 1995 and 1997 was a visual moo in which children collaborated both on- and offline.. This was before alfa worlds and second life.

The idea was to trigger the imagination of children. Inspired by Bruno Bertelheim the idea was not to give literal possibilities for identification. So we sketched evironments and provided the children with tools, but the character was only in the story in the text. Demi Dubbel was not depicted. Every chld imagined her differently, like charcaters in books.

Children collaborated in groups of 5 childen in front of one screen. This was because we did not have more computers. The good side effect was, that locally discussion were vibrant. Children were reading to each other what happened and discussed what to do next. 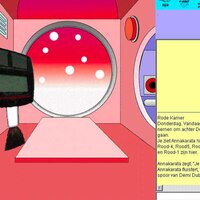 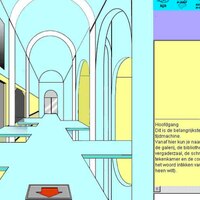 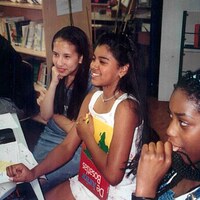 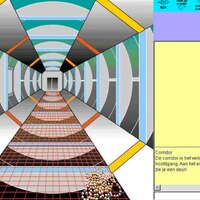 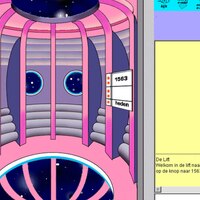 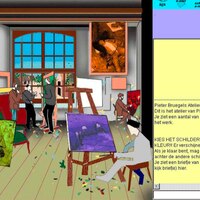 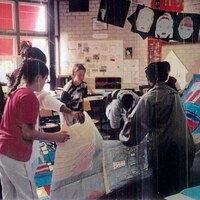 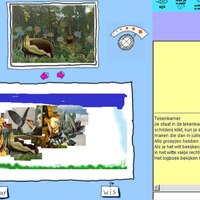