We have all become 'cyborgs'

Another element in thinking about natural presence in modern life is elaborated upon by Donna Haraway. She argues that technologies have also become part of our bodies. There are no 'pure bodies' any longer. Medical technology, transportation technologies, information and communication technologies and the existence of our identities in the variety of databases, affect our body identity and therefore our identity as human beings. We have all become 'cyborgs', as she argues (Haraway 1991).

The line between human and technology has become blurred. Haraway makes her argument in the political arena of science, arguing that there is no universal idea of a body possible. The boundary between animal and human as well as the boundary between machine and organism is defined by 'situated conversation'. In such conversation cultural discourses as well as power relations define identities. In eloquent language Haraway describes how situated our knowledge is and how science can only produce such situated knowledge, unless it wants to be omnipotent and make the 'God-trick' happen (Haraway 1991, 191). She also argues that our perception of the body can only be situated and that it is defined by "biological research and writing, medical and other business practices, and technology" (Haraway 1991, 201).

When discussing identity and the body, the nature-nurture debate and the work on identity and performitivity are all very relevant. In this study I do not ask the question about the identity of the body. I stated earlier that a person, who has a body and who is alive, has presence in the world. The work of Donna Haraway suggests that our thinking about this body being present should be influenced by the realization that the body itself is already defined by technology as well and that the boundaries between the natural and the technological have faded.

How can one work with this insight? Physical Presence can be seen as an experience a person has, and it can be seen as a constructed fact in the way Haraway describes it. When combining this view with the insights as they are formulated by Riva, Waterworth and Waterworth, I can argue that the way a person perceives and understands information from the different levels of consciousness is determined by the discourse that surrounds this person. It may even define what presence is sensed and what presence is not sensed. In the next section about mediated presence I will argue that certain habits evolve when using media technologies and these habits change the way people act as well as changing their perceptions of these technologies.

Caroline Nevejan - Presence as a phenomenon is, in the first instance, associated with being physically present. Our… 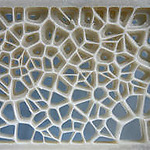 The layers of presence

Caroline Nevejan - In 2004 an amazing article was written, 'The Layers of Presence: A Bio-cultural Approach to…

The sense of presence is part of human evolution

Caroline Nevejan, Giuseppe Riva, John A. Waterworth, Eva L. Waterworth - Riva, Waterworth and Waterworth were inspired by Damasio in their proposal for a deeper…