Global warming is not my fault 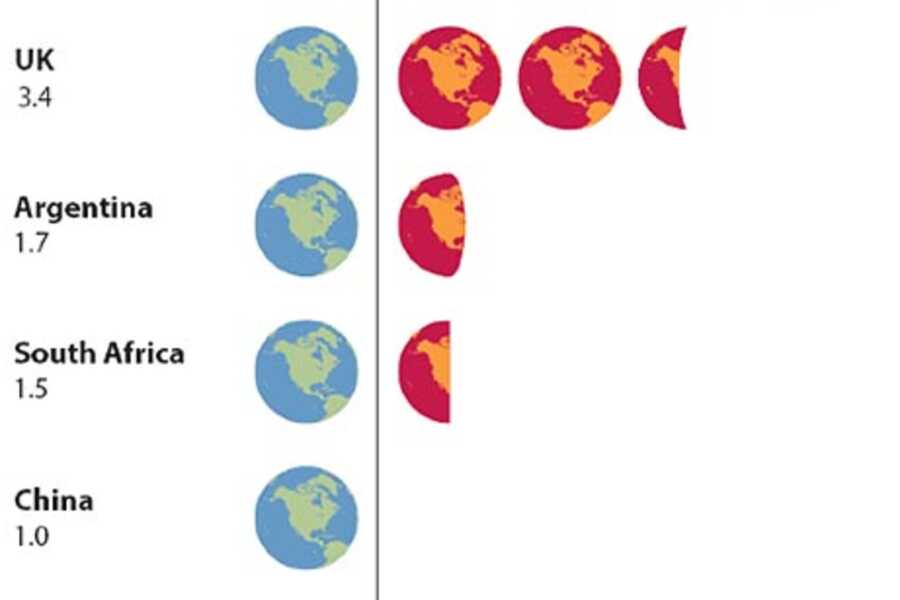 I did this simple online test to calculate my ecological footprint. The outcome was a 2.2, which means that if everybody has my lifestyle we would need 2.2 worlds. Compared to the average citizen of the United States (they score 5) my score isn’t that bad, but still we wouldn’t all fit on this planet. I already avoid the two most polluting activities: eating meat and driving a car. To get my footprint to the beautiful score of a 1.0, I should probably stop taking flights and buy less products. I could also protest against bad government policies, support organizations that fight global warming or I can boycott companies that contribute a lot to global warming such as Tata. But is it obligated that I, as just one individual, do something about global warming? Isn’t that the task of the government? Global warming is not my fault, right?

The stated principles imply that every act I perform violates a moral obligation. This theory about climate ethics confuses me. Maybe it’s best to just continue living my life, acting my activities, in a way that feels honest. If everyone does that, the world would be much better.