India by and large, with all its diversity, falls into the classic patriarchy social system (Kandiyoty, 1988; Medora, 2007). The male head of household has authority to control the family labor, production and property; that caste and kin are transferred from father to son; and in marriage a woman is transferred from her father’s family to her husband’s family.

Typically, there are different rules and roles persisting for daughters and sons. In the process of socialization of girls, a considerable emphasis is given on the management of girl’s sexuality, which is implicated by the organization of girl’s space and time. In relation to this, the virtue of a daughter is extremely important for the entire family, as a daughter is an easy source of disrepute for the family, particularly before marriage (Dube, 2001; Medora, 2007). In this context, the mobility of women, especially in the Indian middle class, has always been temporally and spatially controlled. The employment in call centers broke this control by taking the women out of home during the night hours. Such mobility is being enabled by the cab/transport facility provided by the employing organizations.

The call centers provide pick-up/drop-off between employee’s house and the workplace. The cab includes six to eight agents and travel time is up to two hours depending on the distance between the workplace and the residence of the employee. Respondents agreed that the cab is the most convincing feature about their job which also convinced their parents about the night shift employment. According to the respondents the comfort of home pick-up and drop can’t be counted as a facility provided by the organization for their night travel, but rather as a major enabler for their participation in this sector. Even before joining this sector, knowledge about the cab facility being provided to the agents was one the most luring factor for these women to get attracted towards this sector. To quote one respondent:

"When my cousin used to work in call center before I joined, her mother used to boast about the cab facility provided to them highlighting the safety during the travel time. This really helped to convince my parents when I decided to join call center. With the example of my cousin, my parents were somewhat already convinced with the cab provided by the organization to travel in the night hours and I used to feel that it is going to be really good if a car would come to pick me up for my workplace."

Another respondent who came for a job interview at Gurgaon after getting to know about the call center work environment from a friend, also mentioned the cab facility explaining that:

"When I decided to go for the interview for a call center job, the cab facility was a major contributing factor in my decision. I thought that I will be able to convince my parents if there is cab facility. At office you do not feel that you are working in the night. It is only during the travel time when you realize that you are out in the night hours and if that is addressed by the organization then majority of your concerns are handled."

The findings suggest that the cab is the most important factor in determining the decision to explore the call center employment by the unmarried women. The responsibility taken by the organization for the travel during the night hours convinced the parents about the safety of their daughters. The responses from fathers of women agents highlighted that the cab facility by the organization put the onus on the workplace for the safe mobility of women in the night. Earlier this safety used to be ensured with the presence of a male family member whenever the mobility of women was needed at odd hours. According to one father:

"The company provides the cab facility, which provides safe travel to women employees in the night. The cab driver is always overseen the transport division of the company. The driver is not the only person involved in the travel from the organization, rather there is a proper transport division behind him, which keeps on calling him either on his mobile phone or wireless to ensure his activities."

According to a mother:

Extant research does show the night shifts as a distinctive feature of call centres (Poster, 2007), but focus more on health and safety (for instance, NG, & Mitter, 2005). We do not know how these night shifts have given unprecedented access to public space in nights and the related experiences to many middle class women. The study of a space also encompasses power relations, which construct rules and boundaries, both social and spatial, defining who belongs to a place and who may be excluded (McDowell, 1999). In the Indian context these rules and boundaries have excluded women from the public space in the night hours. The power relation reflected through this exclusion demands the presence of a male family member to access the public space by women.

The vast expansion of the BPO industry in urban India contributed in reshaping the relation between gender and space, when they travel without the presence of any male family member, by putting the cab as an interface of trust between the organization and the employee’s family. The covert reason of such trust is the presence of others in the cabs who witness the actions of cab mates as well as the action of people outside the cab.
However, the reshaping of such relation is not devoid of patriarchy, though the evident form of patriarchy is a distinct one rather than its classic form.

Shelly Tara, Vignesh Ilavarasan - The present paper discusses the role of cabs and the presence of other men in the cab in…

Social relations have loosened dramatically over the past fifty years. 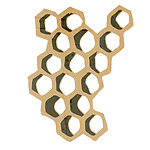 We are now completely free to opt for whatever we like, without taking other people’s expectations…

IT companies in India