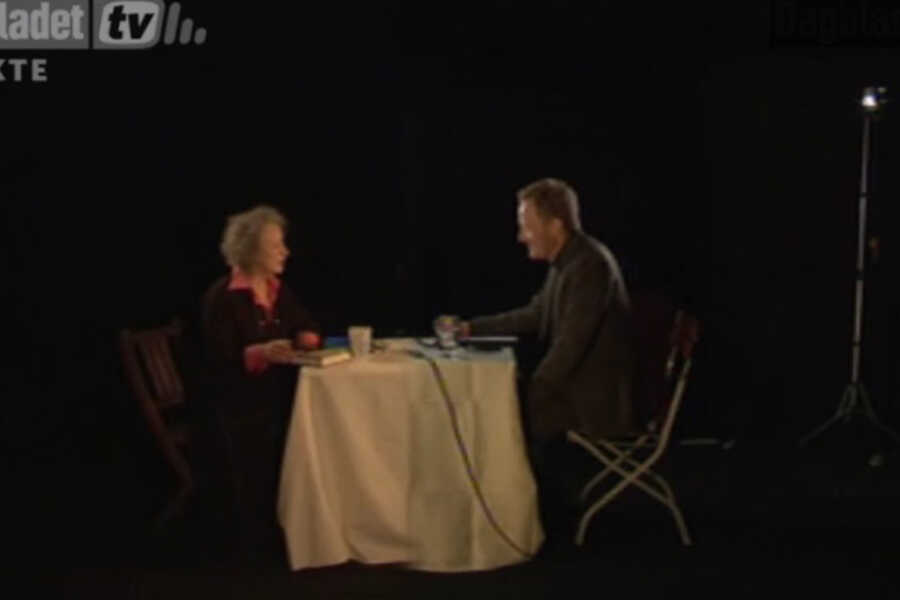 ‘What a thrill it is to be here!’ Margaret Atwood exclaimed as she addressed the audience of the Norwegian Festival of Literature in May 2008. Atwood was invited to discuss her recent book Oryx and Crake, from 2003, with Simen Ekern, op-ed editor of the Norwegian newspaper Dagbladet, and to perform a public reading (Fig. 3).

The open-air venue at Lillehammer was brimming with excitement as Atwood and Ekern sat down for an informal chat, facing one another across the small dining-room table, which had been dressed with a white tablecloth, on the elevated stage. The high expectations were of course due to the fact that Margaret Atwood is a renowned writer, but also to her being present in Lillehammer while actually remaining in Toronto, Canada. The Lillehammer performance venue was, in fact, temporarily extended to Toronto and to those witnessing her reading, it was clear that Margaret Atwood both was, and was not, present in Lillehammer.[14]

At one point, the host, Ekern, hands over Atwood’s book in order for her to initiate the reading, as seen above (Fig. 4). Although some may have interpreted this as pure magic, the explanation had already been laid out before the audience.[15] This presence design enabled Atwood and Ekern to achieve eye contact, creating an absorbing atmosphere, whereby the audience was drawn into the intimate exchange onstage. It is only when the dialogue ends, and Ekern leaves the table, that we experience an odd situation (Fig 5). Margaret Atwood is suddenly left alone and by herself at the table, while we become aware that she is not actually here with us. As spectators, we are at once thrown back into a more conventional role of the passive audience; while in the moment previous, we were actively engaged in a dialogue on a live stage.

------------------------------
Note 14: The Lillehammer project has implemented a teleprompter-based design concept to achieve mutual gaze, developed by myself and Mats Erixon 1999–2003, as part of interdisciplinary research to which also Schibsted Knudsen has contributed (for details, see Gullström 2010: 177ff).
Note 15: To provide an illusion of gazing straight at an anchor or TV audience, a remote participant in a conventional live set-up will need to look into a camera lens. Whereas it would be more natural (thus preferred) to look at the TV anchor one addresses, the display of the latter and the camera are usually not aligned (usually because a large camera would block such a display). As an alternative, a teleprompter-like design, which involves reflective mirrors, may be used. This enables an interviewee to look straight at the journalist s/he is addressing whilst still being captured by a camera lens. 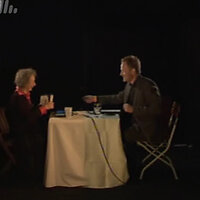 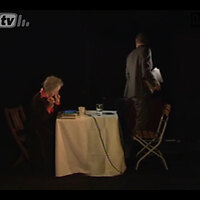 The example of Atwood in Lillehammer 2008 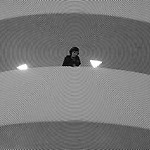