The unsustainability of the world’s financial system

Hardly anyone saw the economic crisis of 2008 coming. Six years further down the road we are still feeling the pain of this crisis and it is likely that this tumor will be difficult to eradicate.

The crisis in 2008 happened because we have constructed a financial system that got out of control, where all parties seem to owe tremendous amounts of money to others in the system. In 2008 parties lost trust and the system instantly collapsed. If more money is ‘created’ than there actually is, you get problems. For example, you can increase the money supply by using the same money and lending it out several times. If you deposit 1000 euro at a bank and that bank lends this money to a third party, both that third party and you can claim the money. In other words, the system that we are currently using is fraudulent. Banks have figured out they only need to keep a small percentage of their deposits indoors, but the problems arise in times of economic crises. In economic downturns, bankruns can initiate where people claim back their deposit. If banks have spread their deposits in short and long term loans, they cannot withdraw money out of the long term loans for the short term customer demands. This can induce a loss of trust in money.

We are actually on the verge of losing faith in money. Not only are banks using the same money multiple times, loads of central banks are also conducting quantitative easing. This is a process whereby more money is printed in order to stimulate the economy. The federal reserve is already wielding this method for several years and the ECB is about to deploy it. In my eyes the perfect recipe for an economic disaster whereby entire populations can loose faith in money. Basically you loose faith in money by printing too much of it and someone all of a sudden realizes that this money is worthless. The way you know money is worthless, is because either you get a currency collapse or rising interest rates. What usually follows is a snowball effect.

At the moment they have lowered interest rates to unsustainable historic low rates where governments are buying the bond markets to maintain interest rates low so they can pretend that everything is perfectly fine. This creates a discrepancy though, between the real value of money and the value it represents, as the risk free rate, the basis of the capitalist system, does not reflect the actual risk of the system. In other words, the real inflation is way higher than the sketched inflation. Just look at the historic price rise of the stock exchanges, such as the Dow Jones, which has trippled in value after its low in 2009. These stocks have inflated mainly because of quantitative easing and hence represent a different inflation number than the numbers governments present us.

Is there a way out of this? Yes there is. Will it hurt? Probably. Fact is, the public debts will either have to be written off in agreement between national states, or another system will have to emerge that is superior. A combination is also fine. We could link the money supply to gold, like we have done in the past. If we want to increase the money supply, we would then have to increase the gold supply. The problem is that nowadays ‘paper gold’ has become the standard, such as derivatives or ETF’s, which in fact not really represent the true amount of physical gold. We actually got caught up in the same kind of game there. Fortunately there is hope and this hope is represented by a system with an unknown inventor. In order to adopt this system, we have to leave behind the old, diseased system.

I am talking about decentralized cryptocurrencies, such as Bitcoin, which operate on the blockchain system. This a public ledger, whereby irreversible transactions from peer to peer are published. The decentralized cryptocurrency Bitcoin boasts a few big advantages in comparison to the old system. There is a finite amount of them and just like gold, you have to ‘mine’ them, albeit not physically, but with computer power. Therefore it actually costs energy to release Bitcoin to the network. This instantly gives Bitcoin a value. As difficulty to mine Bitcoin increases when the supply of unmined Bitcoin decreases, more energy is needed and theoretically this would result in a higher exchange rate. Because of the limited supply, no more Bitcoins than the finite amount of 21 million can ever be created. This is a built-in protection against quantitative easing. Won't there be too little of them after some time? Most probably not, since Bitcoins are divisible up to 8 decimals. Moreover, Bitcoin transactions flow from peer to peer, without any intervention of banks or governments. This way, sums of money can instantly be sent from anyone to anyone all over the world, within a matter of minutes. Transaction fees are just a few cents, even on big sums of money, instead of a fixed percentage on top of the sum. Governments, nor banks, can freeze your account and confiscate your Bitcoin, because you are your own bank and you are responsible for your own security. And last but not least, a Bitcoin transaction can entail information, such as a contractual agreement. This makes the blockchain very appealing for all kinds of contracts, public information and other things, which can be attached to a Bitcoin transaction.

My guess is that during the coming years most of us will come to the abovementioned realizations and we will see the emergence of cryptocurrencies such as Bitcoin, Ripple and cryptos on top of the Bitcoin network such as Gems. This is a slow process, because leaving the status quo supported by governments and banks won’t be settled without arguments. If we succeed however, we can look forward to a way more sustainable economic system that enables innovation and fair trade.

Risk free rate: The theoretical rate of return of an investment with zero risk. In practice, however, the risk-free rate does not exist because even the safest investments carry a very small amount of risk. Thus, the interest rate on a three-month U.S. Treasury bill is often used as the risk-free rate (Investopedia)

p.s. As in investment tip, I could also recommend Bitcoin. One Bitcoin is currently slighlty undervalued at around 300 euro, but it has the potential to reach values ranging from 100.000 to 1000.000 euro or even more, if massive blockchain adoption occurs. When buying Bitcoin, you are actually betting AGAINST the current, diseased, financial system and you are betting IN FAVOR OF a better system and a fairer distribution of money. Keep this in mind. 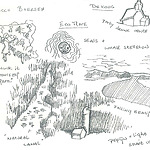 Nadia Remmerswaal - The municipality of Texel has big ambitions for the island. To become energy neutral by 2020 and to…

Spread the word of sustainability 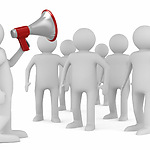 Thalia - Coming back home for holidays I spent time with my family, friends and a lot of people that are not… 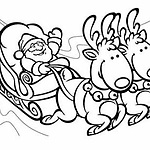