How to script sustainability 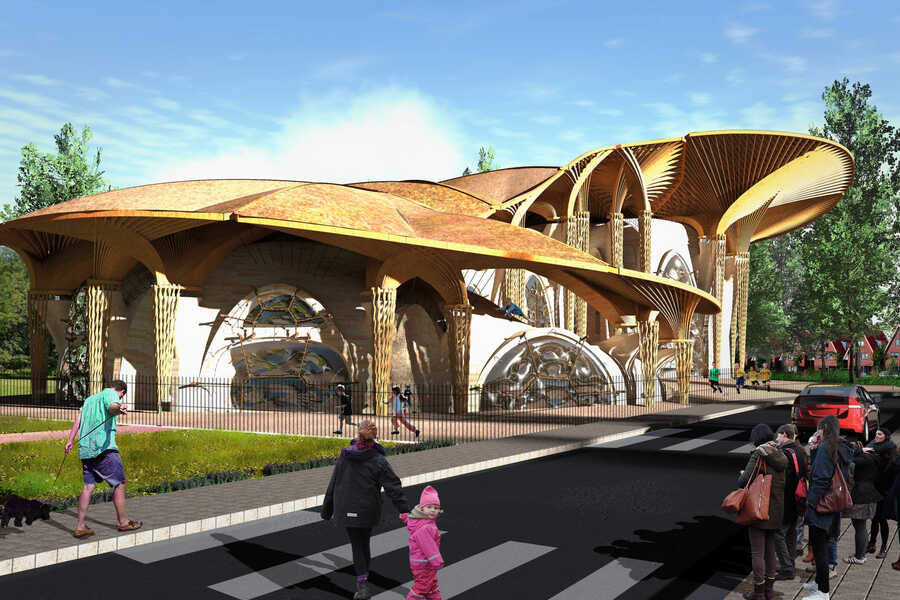 Mankind produces a lot of waste. A lot of is comes from the built environment. Recycling used materials requires responsibility of the people, because a lot of the materials are not biodegradable. They have to be kept carefully in the technocycle to be able to be reused and to prevent harm to the environment.

Buildings contain all different kinds of materials of which some can be very hazardous. They are kept together in the structure, but they are deteriorating over time and it is questionable whether it will be demolished in a proper way later on. So why don’t we make buildings that are entirely biodegradable? You would probably think that a building would then deteriorate very quickly. However, the lifespan can be as long as that of a normal building with intelligent design and periodical maintenance.

It is also important to bring down impact on the environment while using the building. It is preferable to use as less energy as possible and also renewable if possible. A building has to be designed very cleverly with all these aspects in mind.

Sol van Kempen, a student at the architecture faculty, is graduating on the design of a building that is totally biodegradable. In addition to that, it is also designed in a way that optimises indoor climate without the use of energy consuming climate installations. It is a building for a primary school, based on four core principles. Firstly it is using no unsustainable materials. Secondly it is using local materials as to bring down transport costs and pollution. The third principle is the least use of energy as possible and the fourth aspect is the use of natural ventilation to minimize energy use by devices.

With these core principles in mind, Van Kempen created a computer script that i.e. optimized the zoning of the spaces according to the required indoor climate. The script is self-evolutionary. This means that it creates a set of possible outcomes and then selects the best-performing design. The selected design is then further developed in the next stage of the script.

A lot of quantifiable factors can be taken up in the script. Such as façade surface, energy use and the amount of material used for the building. All these factors can be optimized with a change of the shape of the building as a result. For example the rammed earth structure has been optimized in a way that it optimally buffers heat, but also saves material while remaining strong. This led to an intricate vault structure that carries the wooden roof. The roof has been designed in a way that it optimizes the solar irradiation on the facade throughout the year.

This way of designing can be very effective in optimizing the sustainability of a building. The computer is doing a lot of real time calculation that a human brain can’t do. The architect remains in control by deciding what aspects are important, but instead of designing a building, he/she is rather designing a script. Computational design with complex parameters can in this way result in a more sustainable building.