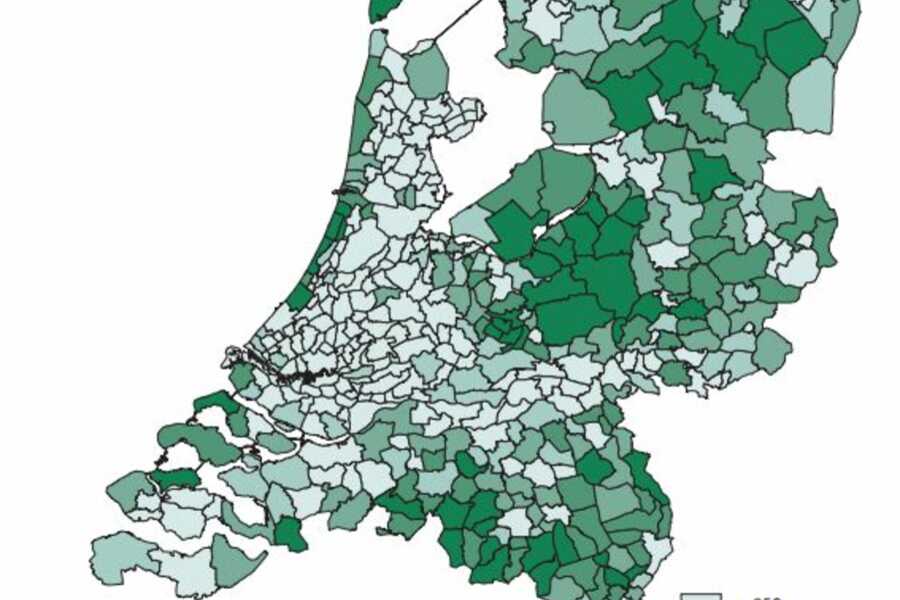 - Music festivals such as Sommeltjespop, SunBeats and Texel Blues (for tourists)

- Different runs such as: The Half Marathon of Texel, "Lammetjeswandeltocht" and the "Zestig van Texel"

- Culinary events such as Texel Culinair and Texel's own Fishing Festival

These activities are not only interesting for the inhabitants of Texel, but also for the Tourists that visit Texel. Activities such as the Texel air show and Music festivals on Texel attract a lot of tourists. Other activities related to tourism are:

- Guided tours of the nature on Texel and Mudflat hiking.

- Museums such as:  Museum of Cultural History, Museum of Aviation and War, Juttersmuseum and Wadden and North-Sea Center: Ecomare

In comparison to their population, there is a large variety of things to do on Texel. Undoubtedly, this has to do with the large amount of tourists visiting Texel. Most important however, is the amount of green spaces available on the island.

When we go back to the inhabitants of Texel themselves, we can take a look at the amount of square meters available for recreation each inhabitant has. This can be seen in the following map:

Due to the relative low amount of inhabitants, and the high amount of recreation spaces, each Texelaars has over 2.000 square meters of recreation space to themselves. In the high-season for tourists, this value will probably fall significantly due to the large amount of tourists compared to inhabitants. This, combined with beaches, makes this place very attractive to tourists.

Due to the relative small number of inhabitants in similar communities, schools are small and often don't offer the same variety as they do on the mainland. On Texel one can find primary schools in almost all the small villages. Only inhabitants of De Waal, Den Hoorn, Eierland, Oost and 't Horntje have to go to a primary school in one of the slightly larger villages.

In contrary to other Dutch Wadden Sea Islands, Texel's youngsters do not have to leave the island to have access to high school education. Den Burg, Texel's largest village, houses the island's only high school. The school offers all regular levels of Dutch education: VMBO, MAVO, HAVO and VWO. (OSG de Hogeberg, 2014)

Unfortunately, there is no University or higher education which the inhabitants can follow after finishing high school.

After this high school there is a significant number of students who want to continue their studies at Universities on the mainland. These students leave Texel to study in a Dutch city and do not always return to the island to share the knowledge acquired on the mainland.

Unemployment is not a huge issue on Texel. Although a small island such as Texel could possibly limit one's job prospects, Texel has the lowest amount of people that receive unemployment benefits. Only 1,6% of all inhabitants between 18-65 years old on the island require these benefits. Compared to a country average of 3,7%. (RTL Nieuws, 2013)

Among the 13.546, inhabitants this means that there are 131 Texelaars without a job.  According to the factsheet of tourism (VVV Texel, 2014), there are  7.691 Texelaars who do have at least one job. The division of sectors is as follows:

In comparison to other villages and islands, The amount of people in the Hotel, Restaurant and Cafe sector in relatively high. This can be attributed to the amount of tourism on Texel during the summer holidays.

As we can see in the graph below, there is a large decrease of people in this age-category, whilst there is also a large increase of inhabitants in the age group of 60-70. (Gemeente Texel, 2007)

The fact that the community is growing smaller each year, and that there is a large decrease of inhabitants of ages between 20-40 is can be attributed to the lack of higher education (universities) and the lack of jobs for these graduated students. This keeps them from returning to Texel after enjoying a higher education on the mainland. On the other hand, Texel proves to be attractive especially to people in the age groups of 50-70, not always being former Texelaars. 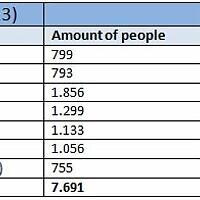 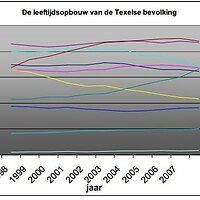