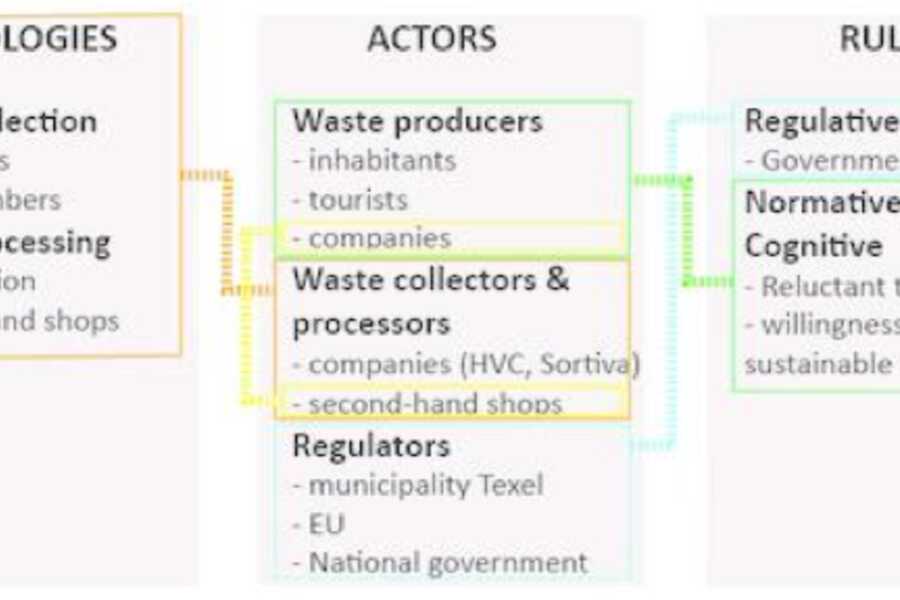 This section starts with some data on the subsystem of waste, will then continue to describe the various elements of the sociotechnical sub-system; technologies, actors and rules. A section on how these elements are interrelated is included a section about what the major unsustainabilities mechanisms of the system are. We finalize this chapter with a section on the major trends, developments and initiatives that are relevant to the transition of the system.

3.1.1 General data on the sub-system of waste in The Netherlands

The average waste production of a person in the Netherlands is 530 kg per year, four times as much as in 1950. In the Netherlands 49% of household waste is collected separately, the remaining 51% is unsorted household waste. The main components of household waste are organic (vegetables, fruit and garden), paper and cardboard waste. 60% of all disposed paper and glass is recycled, of plastic this is only 13%. An average household has much more products than in former times and these products have gotten a higher turnover. We repair and re-use our clothes and furniture less often: it’s much easier to just buy new cheap furniture at the IKEA or clothes at the H&M. In contrary, some waste streams like coal ash have decreased due to changing mechanisms in society (Nabielek, 2014).

But the household waste is only a small part of the total waste stream: 85% of all waste comes from companies. That is another 3,079 kg waste per person in the Netherlands every year.

Texel has a higher average of household waste per person per year: almost 700 kg. It is likely that the presence of the tourist industry has a large share in that waste. Tourists consume a lot and produce lots of waste. Numbers on the type of household waste are shown in table 3.1. Data on waste produced by companies on Texel are not known. In the table, only the types of waste that were counted are included.

In the sociotechnical sub-system of waste we distinguished three major categories of elements; technologies, actors and rules. In the following subchapters the first two of these elements and their characteristics are described. In chapter 3.2 we will describe how these elements construct the technocycle and biocycle of the island. Chapter 3.3 will be dedicated to the relevant rules and regulations on Texel and how these influence the techno- and biocycle.

The elements cannot be seen apart from each other: they are strongly interconnected. For instance, the government decides the amount of tax money that civilians have to pay for having their waste to be disposed and then appoints a company that disposes the waste. In figure 3.1 some of the interrelations are visualized. The possible activities of actors depend on what technologies are available. Their activities are bounded by the rules set by the regulators.

Figure 3.1 The three major elements of the sociotechnical sub-system of waste and their interrelations. The interrelations are discussed in sections 5.1.2.1-5.1.2.2 and 5.4

Waste collection. The household waste on Texel is collected separately by the cleaning services of the municipality: residual waste in grey mini containers and organic waste in green mini containers. These containers are collected every other week by the municipality, but residents can also use the public containers close to their home. In every neighborhood, separated public containers are located for paper/cardboard, plastic, glass and textile and small chemical waste. Bulk waste will be collected on request on Tuesdays (Gemeente Texel, n.d.). Something to notice is that an initiative to chip the containers of the Texel civilians was cancelled.

A special way of collecting waste are the beachcombers (in Dutch: strandjutters). They collect stranded materials and in the same time clean the beaches.

Waste processing. The processing of waste in the Netherlands looks rather organized. While in the eighties the waste mostly ended on landfill, nowadays the waste streams are properly organized and waste is either recycled or incinerated for energy recovery. Over 75% of the waste is recycled and about 20% goes to the combustion plant where electricity and heat is generated. 2% ends up in landfill.

The Dutch combustion plants currently have overcapacity, therefore waste from other countries gets imported. In this way the Netherlands can create energy of foreign waste while saving the nature since that waste otherwise would have been dumped there. The produced energy is good for the Dutch economy. This causes a ‘lock-in’: the existing plants want to keep on burning waste to create energy and bother he recycling processes.

Texel does not have a place to process their waste: the waste is shipped to the main land to be processed. Not all ‘waste’ is brought to a container however: there are several second hand shops on Texel that buy and sell used articles. These shops are shown in figure 3.2. Specified data on where the waste of Texel gets processed is unknown, but the processing plant of HVC in Alkmaar seems the most logical place.

It can be assumed that a large quantity of the waste of Texel goes to one of the combustion plants of HVC on the main land. As figure 3.3 shows, the activities of HVC also include second hand shops, recycling, fermentation and incineration with energy generation.

The main actors belonging to the materials and waste sub-system of the island can be divided in the waste producers, waste collectors/processors and the regulators.

Waste Producers. Within this category fall the actors that are creating the waste; inhabitants of the island, the tourists visiting the island and the companies and industries on the island.

The interest of the inhabitants of the island is to keep the island clean, because they are proud of their place, while we know from the classes that most of them do not want radical changes in their everyday rhythm. Their need is an easy way to deal with waste. At the moment, the separation rate is not optimal yet, since an analysis in 2012 showed that around 34% of the category “other waste” that was thrown in the grey bin consisted of compostable waste.

We can assume that most of the tourists help in keeping the island a clean place, in order to be visited and enjoyed again in the future. What they need is, like the inhabitants, an easy and accessible way to deal with waste and a clean place to be enjoyed. Again, this is an assumption, but it seems reasonable that (almost) nobody dumps his waste on purpose if there is a good alternative like a bin. However, separating the waste still seems to be a tough challenge for the tourists, since most of the bins for compostable waste at recreational homes has to be treated as regular waste because it has not been separated well enough (Gemeente Texel, 2013).

We assume that the companies want to dispose their waste in a low-cost and legal way, by following the legislations and the waste disposal management of the municipality. Companies on Texel are free to sign contracts with an acknowledged waste processor. Such a contract includes information about the type of waste, average amount of waste, frequency of collecting, size and amount of containers, collection day. The municipality also offers collecting services for waste of companies (De digitale balie, n.d.). Currently, HVC is the biggest waste collector on Texel.

Waste Collectors & Processors. The main actors in this category are HVC and Sortiva, which is a joint venture between HVC and De Groot.

Sortiva is the company that is currently recycling paper, glass, rubble and bulky items on the island (Green Islands Network, 2014) The interest of the company is to increase the amount of recycled materials, which would decrease the incinerated waste on the mainland, resulting in higher profits. The need of a recycling company is that all the people and tourists have the possibility and good attitude in separation of waste.

HVC is the company that provides the waste management on the island. They already collect and transport the waste to Alkmaar for incineration. Their expectation is an improved waste management plant for energy production, in which the cooperation and investments of the municipality is very important (HVC Groep, 2014).

We assume that the main interest of the Texel municipality is to keep the island as clean as possible, in order to improve the tourism industry, from which the whole island benefits. This assumption is based upon regulations explained in section 3.3. This can be illustrated by the fact that the Texel municipality has recently increased its goals for source recycling(the separation of waste by the source, so the inhabitants of Texel) towards 65%, 5% higher than the national guidelines advise.

The Netherlands main focus is turning the island of Texel into an energy sufficient island, as discussed and approved in early 2007. This involves also the incineration process directly on Texel, because it can be a good asset for the energy production and at the same time result in less energy use for waste transportation.

3.1.2.3 How are the technologies embedded in culture & behavior?

Waste is part of the everyday life for both households and companies. It includes separating the waste (paper, organic material, clothes, glass and so on), bringing the waste to a collection point, and sometimes even buying ‘waste’ of others (in second hand shops). These daily routines are already embedded in the behavior of the inhabitants. However, the separation of waste on Texel can be lifted to a higher level: currently most households and companies recycle only 13% of the plastics and 60% of paper, cardboard and glass. In the ideal future situation, this percentage increases to a 100%. This will be discussed in the next chapter.

Culture also plays a role in waste, as explained in section 3.3. In some countries it is normal to throw waste on the street, what leads to enormous pollution and unsafe situations due to the lack of hygiene. Fortunately the culture in the Netherlands differs from that. Dutch people are quite neat with their public space. However, Texel also has many tourists. The culture of the tourists may differ from the Dutch ‘neat’ culture.  We assume though, that tourists will clean up their mess if this is easily facilitated. 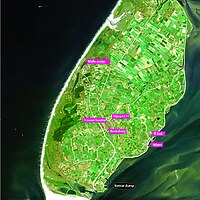 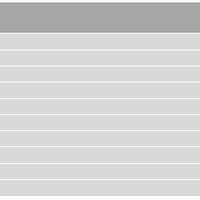 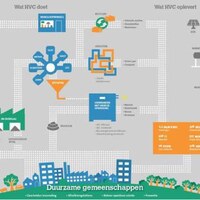