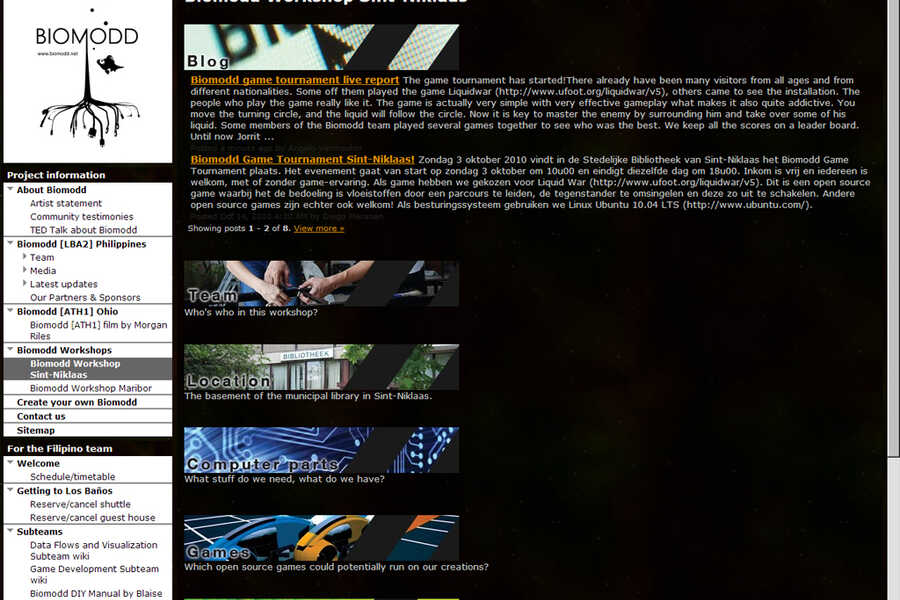 Both my own witnessing and the witnessing by peer participants seemed to have a clear impact on the productivity and motivation of the team. As outlined above, the group was highly autonomous. However, guiding and encouragement remained essential to keep the workshop moving forward. This happened both through individual feedback and group discussions.

The role of encouragement became very apparent when I was out of the space for one hour or more, looking for materials needed in the workshop. When I came back, the creative atmosphere had often changed. Some people had halted their progress, some were casually involved in conversation, some were surfing the Internet. Generally there was less of a sense of shared purpose. As soon as I started interacting again – distributing the newly found materials and discussing creative directions – the group got focused again. Although most smaller workgroups were working on their own, participants were well aware of the others’ progress and accomplishments. This engendered a healthy sense of competition. Being surrounded by evolving – and often surprising – contraptions stimulated people not to stay behind and push their own boundaries. Of course there was also support between the different workgroups. Individual participants easily helped out other groups with issues they were more knowledgeable about.

Generally the whole team showed a high level of dedication. Several things were explored that hadn’t been done before in the Ohio and Philippine Biomodd projects. We took the chance of trying out an open installation setup instead of working on one centralized monumental structure. This proved to be a good choice and worked out well for the final display during Coup de Ville. New open source games were researched leaving behind the games that were used in Biomodd before. And some of the assembled computer units were really innovative, both in their functionality and sculptural aesthetics. Pieter for example hacked a plastic doll, installed computer hardware inside, and connected the computer’s fans via tubing to a glass biosphere with sprouting seeds. A separate tubing system inside the biosphere was attached to a large syringe which was used to provide water to the seedlings.

Even before the workshop started, Mathias contacted me to help out with preparations. He started looking for additional local participants, used materials, and set up a dedicated section on the community website Biomodd.net. Participants were invited to contribute to this section with observations and reports about their creations. For the opening event, I invited the whole team to be present. By gaming, experimenting and explaining they would become ‘perfomers’ in their own creation. In fact most participants showed up and the installation transformed into an interactive beehive of activity: socially, electronically and biologically. Dressed up and standing close to the entrance, Mathias had taken up the explicit role to welcome visitors which added to the work’s performative quality.

Biomodd is an art project that asks for supervising and maintenance once it’s on display. About half of the workshop participants were actively involved in the exhibition of the installation during Coup de Ville. They took turns supervising the work, and used the opportunity to explain the project to visitors, work on the game, and take care of the plants, seedlings and algae. 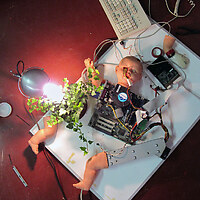 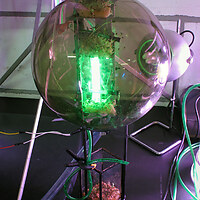 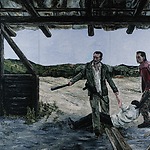