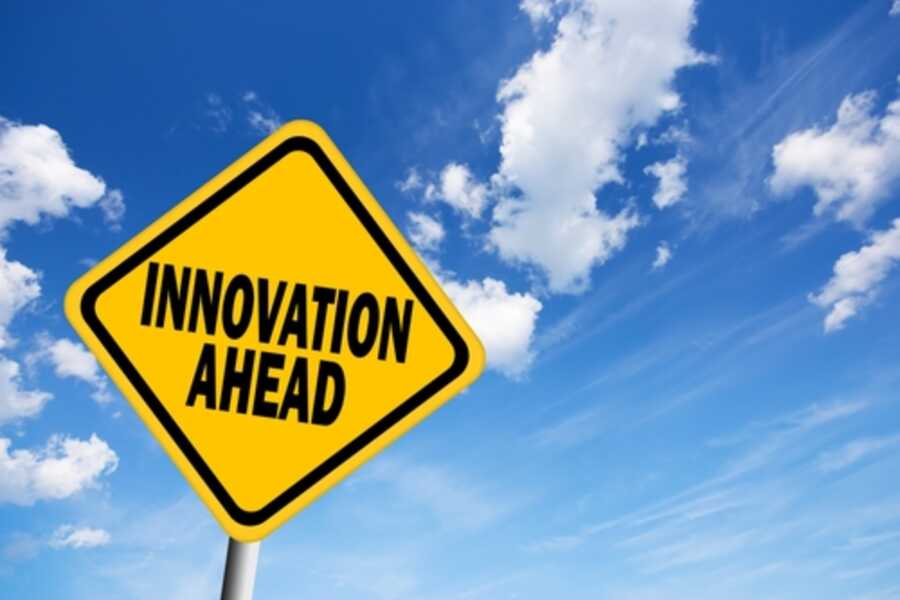 If the Center of Innovation will be a future 'campus', there obviously will be some changes. Since there currently is no 'center', the whole center will have to be built from almost nothing. Building it from nothing gives certain advantages, mostly in efficiency and economy. The downside is also that it will have to be built from nothing, so initial costs and effort will be high. Now let's look at what's will be different from the current situation.

Since this will be a center of innovation, the techniques by which the campus will be built will also be innovative or at least sustainable. Being able to build it from scratch gives the opportunity to design the whole system as efficient as possible. This will result in a environmentally and economically friendly set of buildings while giving enough room and possibility to facilitate the departments we have in mind, with a possibility to expand.

There will be some new actors involved in the center. These actors already exist, but not in this fashion. New participating actors will include all departments who will be housed in the center, like a department of the Waddenacademy, NIOZ and a place for children to learn in a playful way, in a similar way of 'De Ontdekfabriek". Most departments are already present on the island or in the vicinity of Texel, but are at the moment solely focused on research, monitoring and similar activities. Through the education of the public of the activities of these institutes more public awareness and improved public opinion can be achieved by presenting results, necessity and course of action of these institutes. Combining this in one location will reduce individual costs and may prove to be beneficial for all parties, and this does not only involve revenues.

Besides the new players present on the campus, other people will be involved in the whole idea. Schools, for example, will regularly visit the site to learn about the innovation, environs and sustainability aspect of Texel. Also the municipality and national government will be involved in financing and subsiding the project. Last but not least there are the tourists, which will be able to visit the center and learn more about Texel, Texels' environment, the sustainability aspect and a collection of research.

Last but not least it will provide employment on the island where employees (most likely inhabitants) will work with Texel and its surroundings. This will speak to the pride and involvement of people living on Texel, looking for an (extra) job.

Being a completely new set of buildings, it will be a somewhat drastic change to the scenery and culture of the island. While institutes like Ecomare and NIOZ are currently present, this will be more focused on educating local population and tourists. Thus it will require them to split their attention somewhat to also support named Center. This does not come at the expense of current research, but provides possibilities for more public support for little more effort. And, the main goal, to educate people about the research and Texels' environment.

4. Relation between the elements

There will be some changes in relations. First of all there will be a strong cooperation between the center and institutes like Ecomare, NIOZ and the Waddenacademy. Since it will be a center for innovation, research and learning these institutes will contribute to the facilities located on site.

Also an important relation is with the tourist information. This center will be a unique selling point of Texel, so promoting it will most likely increase the touristic position of Texel.  Also important is the relation with the (local) government. Since (initially) the government will be funding the project it also has a large decision power. This will also most likely result in the maintenance being in the hands of the municipality.

No rules or regulations need to be changed to build and maintain this campus. The goals is namely also to be completely in sync with all regulations (especially regarding the environmentally impact). For the municipality the European guideline of public tender will be respected and the building should comply with national construction laws, but besides this it will not be in conflict with laws.