Other studies in telemedicine and telepsychiatry similarly indicate positive results.[19] What distinguishes this particular user study is the possibility to achieve mutual gaze.

Interviews with patients who participated in the treatment confirmed a strong sense of presence, and several expressed they sometimes forgot the doctor was somewhere else. A combination of life-size projection, the possibility for mutual gaze, an overall integrated design and a welcoming environment contributed to this experience.[20] Furthermore, the design explicitly provided a situation where the patient ‘was seen’ and where, perhaps, the doctor’s gaze was more prominent than in a shared real space. The therapist was aware that gazing is an important and noteworthy feature and experienced that the remote therapy sessions indirectly provided an opportunity for training patients with cognitive disorders. Failure to develop typical mutual gaze behaviour is one of the earliest signals of severe social and communicative disorders or of autism (e.g. Senju and Hasegawa 2005: 128).

The distinct framing provided by the design, which excluded other, perhaps less important objects and parts of the room (outside the camera view), contributed focus and proximity to the conversation. It defined a shared mediated space in which both parties were aware that interaction could take place. This observation is confirmed also from other design experiences, where remote participants expressed that gazing in mediated spaces is more intense than in real spaces. A likely explanation is that the designed mediated space makes both parties aware of the limitations of shared mediated space: if you look (or walk) outside this area, your adversary does not know what you see (or where you are).

------------------------------
Note 19: For an overview of the extensive body of research in telemedicine, see e.g. Latifa 2008; Sinha 2000; de las Cuevas et al. 2006; for telepsychiatry, see e.g. Gunter 2009; Norman 2006 O’Reilly et al. 2007). The benefit of telemedicine in remote areas, where medical infrastructure is poor, frequently due to lack of resources and to the difficulty of attracting expertise to serve the area, is reported in Canada (Morazin 1997). Results demonstrate that patient response to telemedicine is overwhelmingly positive, above 90 per cent (e.g. Dick et al. 1999). Keating and Mirus (2003) report positive results from mediated spaces which enable deaf people to communicate using manual visual language, in many cases their native language, across space and time zones.
Note 20: It is very likely that the context of use was also a contributing factor: all patients were ill and very grateful for the possibility of faster treatment through participating in the study. Interviewees expressed they felt that the personal charisma of the therapist was a contributing factor. The 20 patients, ages spanning from 20 to 78 years, were referred to the study by general practitioners and psychiatrists in the Stockholm area. 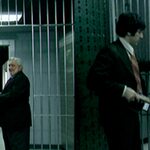