Working in the field of live performance, be it dance or theater in its many forms, compared to other arts disciplines is that the main difference in its practice is that you are reliant on other people to make the actual art. The performer is, at the moment of creation and execution from the point of the director , the messenger, the interpreter, and the actual "body" of the work.

The relationship between director and performer is a very special one. A bond of trust has to be created which allows the performer to give him or herself to the director, both physically, mentally and emotionally, in order to be able to create what the director has in mind. Since the director is unable to play all the parts himself, the performer acts as an extension of the director.

The director in the creation of the work offers a sketch to the performer, since he is unable to get directly inside the body and emotion and psychology of the performer and the performer with their full capacity, give embodiment to that idea.

In casting a performer, often the director sees or senses something in the performer he recognizes from himself, and that what he would want to convey himself if he was asked to perform on stage. The performer serves a partial reflection of the director, and in the same way the performer must have a sense of self recognition with the director.

I wonder if the same mechanism of identification also work with strangers. That you recognize or identify something inside your self in the other, and vice versa.. once this recognition has been achieved, from that point you can start building trust. 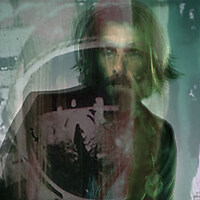