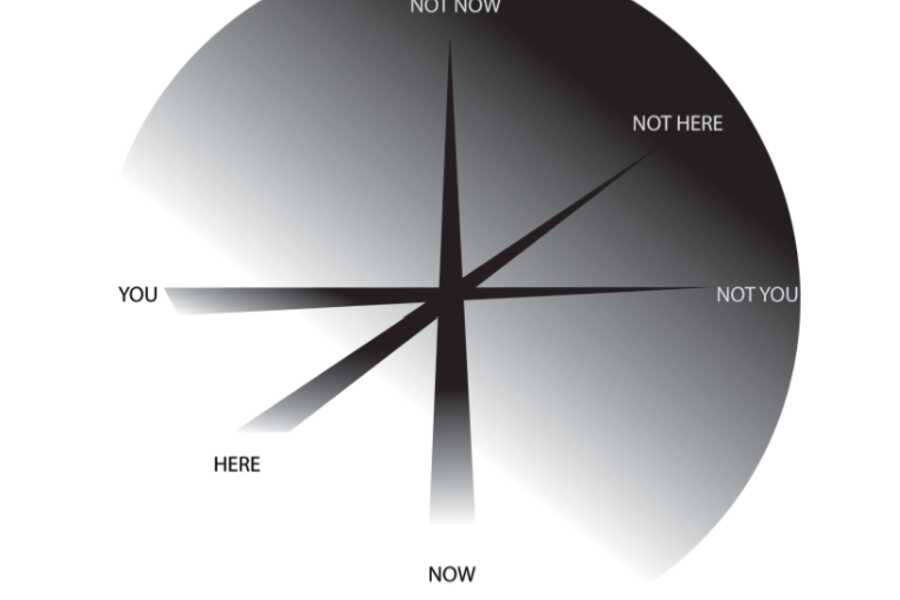 Another interesting aspect of Weber’s analysis of television in this context is that he links the above-described characteristic of television — transmission — to questions of presence and representation. What makes television distinct from other media, Weber contends, is that it transmits information over a distance, which gives the spectator the sense of being there: “What television transmits is not so much images, as is almost always argued. It does not transmit representations but rather the semblance of presentation as such, understood as the power not just to see and to hear but to place before us” (1996, p. 117).

The crucial term in Weber’s phrase is “semblance,” which implies that this immediate representation, this sense of simultaneity is based on illusion. In Weber’s words: “If television is both here and there at the same time, according to traditional notions of space, time, and body it can neither be fully there, nor entirely here.” Thus, Weber comes to the conclusion that television produces at best the idea of simultaneity or a quasi-simultaneity: “The unity of television as a medium of presentation involves a simultaneity that is highly ambivalent. It overcomes spatial distance but only by splitting the unity of place and with it the unity of everything that defines its identity with respect to place: events, bodies, subjects” (1996, p. 117). With these terms — events, bodies, subjects — we enter the realm of YUTPA, Nevejan’s short form for “Being with You in Unity of Time, Place, and Action.” As indicated before, Nevejan identifies presence with a human being’s body that is present — and active — at a certain time in a certain place. Nevejan assumes that the synchronous relations between time, place, and action significantly change in a situation mediated by technology such as television. Nevejan’s theory is useful in addition to Weber’s essay on television for analyzing Huyghe’s oeuvre, because like the artist, she does not focus on a specific medium like television but rather develops a general theory that can function as an explanatory model for all media: “You, time, place and action can be understood as dimensions that have different values between You and not-You, Now and not-Now, Here and not-Here, Do and not-Do…. YUTPA provides a conscious description of the Time, Space, Action and You configuration of a certain product or process in which natural presence, mediated presence and witnessed presence all play a role” (Nevejan 2007, p. 240).

The idea of YUTPA is grounded in the age-old theory of three unities of Aristotle, the philosopher who already in the fourth century BC theorized the unity of time, place and action in regard to Greek drama (9). The classic idea of a tripartite unity in the context of representation, however, can not be upheld in a time of advanced media conditions. Nevejan argues that this idea of unity has become more complex and varied in contemporary mediated situations. She captures the possible dimensions of the new interrelations between Aristotle’s original terms of time, place and action within the context of the contemporary media of communication through a graph based on the binaries ‘now/not now,’ ‘here/not here,’ and ‘you/not you’ (see Fig.4) (10). Depending on the type of media, then, such as telephone, television, or the World Wide Web, the relations between ‘Now,’ ‘Here,’ and ‘You’ — Nevejan’s shortcuts for time, place and action — are being determined. Nevejan specifies a meeting in real life as ‘You/Now/Here,’ for instance, which in the graph occurs entirely in the white area where interaction between people is easy. But Weber’s live-broadcasted news program on television is described as ‘Not-You/Now/Not Here,’ because of life-television’s particular form of mediated presence as a result of transmission. In television, according to Nevejan, there is unity of time but not of place and action. The intersections in the diagram where the three dimensions of a news program meet, then, are largely located in the dark half of the circle where direct interactions are difficult. It must be noted that Weber’s analysis of television also questions the idea of simultaneity in life-television, or the ‘now’ dimension in Nevejan’s model. Many of Nevejan’s examples, in fact, may have a more complex YUTPA than her graph allows us to analyze or “configure.” But my point is that Nevejan interprets Weber’s conclusion of the gap between the places of production and reception as a general condition for all media and mediated events, albeit on the basis of the recognition that each single medium breaks up the unity of time, place, and action differently. Due to this power of the media to split the unity of time, space and action, it is often difficult to determine what is ‘here’ and ‘there;’ or what the boundaries are between natural, mediated and witnessed presence. Nevejan’s graph, then, gives us a conceptual framework for analyzing the temporal and spatial differences between a variety of media, as well as their effects on human interaction. In The Problem of Media in Contemporary Art Theory (1960-1990), I diagnosed the lack of an adequate vocabulary and critical apparatus for analyzing the work of Huyghe and other media-conscious artists today. With the interrelated terms of natural, mediated, and witnessed presence, and the theoretical model of YUTPA, Nevejan helps establish such a language for art.

Looking at Huyghe’s billboard with Nevejan’s presence vocabulary at hand, there is a central dynamic between natural and mediated presence in the work. In the real-time situation, on the square itself, the construction workers embody natural presence, since they — with their bodies indeed — are at work on a certain place, at a specific time. The image in the billboard, on the other hand, is an obvious example of mediated presence as it represents the workers by the means of photography. The tension between these two kinds of presence is created by the fact that it is unclear whether the image in the billboard is direct or indirect. The question raised by these two presences — above all as they are so much alike — is what we actually perceive in the work. This brings us to the third term in Nevejan’s terminology, witnessed presence. If one studies the billboard closely, it becomes clear that the image in the billboard is not exactly a doubling of (a moment) from the real-time event. The figure in the middle of the poster, for instance, acts more like the director of a theatre play than the head of a working crew. The whole crew might be actors simulating construction activities. For all intents and purposes, the photograph, in other words, is a careful mise-en-scene, which blurs the distinction between fact and fiction, natural and witnessed presence. The result is an indirect image that points to the potential for manipulation of mediated images. It must be noted that Huyghe chose a construction site for his billboard. So, the message of the work is that images are being constructed, just as buildings are. The verb ‘to construct,’ and its Latin root, construere, connote both construction and interpretation: construction, then, implies per definition interpretation, and vice versa. The construction or making of images, in other words, involves the act of interpretation — or, manipulation.

--------------------------------
Note 9: In the 19th century Aristotle’s idea of the three unities are turned into a law for theatre. Aristotle himself, however, only formulated the way in which time, place, and action are the determining factors that help shape a (staged) event and are thus important for establishing the difference between reality and fiction.
Note 10: For the graph and its explanation, see Nevejan (2007), pp. 242-243.