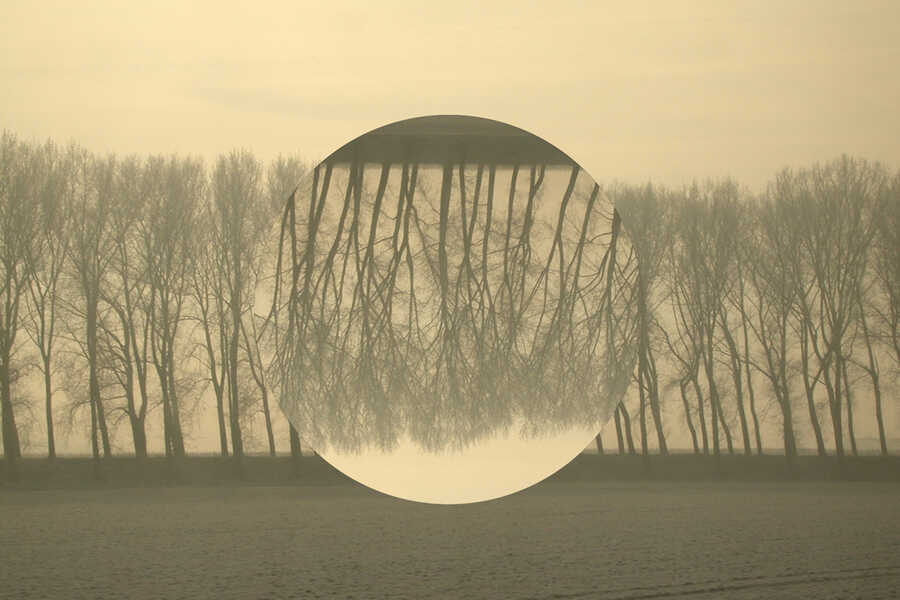 When looking at this picture at least three convex lenses are involved. In the human eye (1), in the glass (2), and in the camera (3) that captured the photo. They all have the ability to turn the world upside down. Images of the world, as we see it (provided no extra lens is involved) enter the human eye inverted. In a camera the images are also captured upside down on the film, and when using a large format camera the photographer even previews the images inverted. That the images are captured upside down on the film does not matter; nothing could be easier than turning a negative. The lens in my glass piece below works accordingly. We humans have an advantage; our brain turns the images around for us. In my piece, the centre image actually hits the retina (the light-sensitive tissue lining the inner surface of the eye) right side up. In this case, it is the viewer's brain that turns the world up side down.

Glass has this wonderful ability of being able to alter things. Solely by changing the thickness of the glass different optical phenomena and optical effects occur. The piece 'World upside down' show convergence through a convex lens. The term convex denotes a surface like the outside of a ball or sphere and convergence is the bending of light rays towards each other by a convex lens. Both the lens and the window should be made of the same type of glass to ensure the same coefficient of thermal expansion. 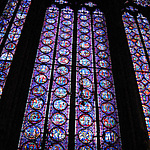