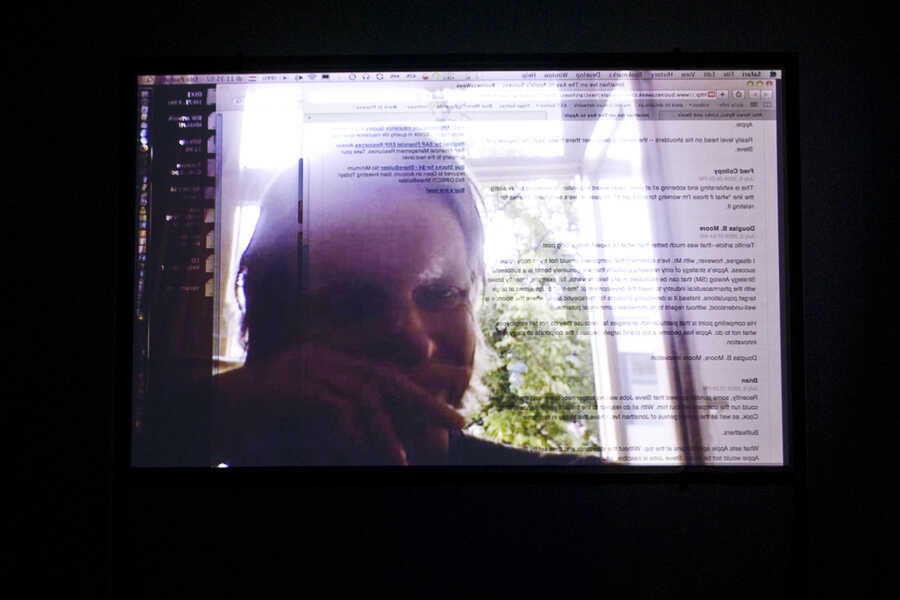 Conditional Design are Luna Maurer, Edo Paulus, Jonathan Puckey and Roel Wouters. All four of us are working with their laptops on a daily basis. We wrote a script that captured our portraits via the webcam on our laptops and made simultaneously screenshots of the desktops every 5 minutes. These pictures show our behaviour with the computer during one whole year.
The enormous archive of images is revealed in the form of 5 videos, each lasting 3 hours 27 mins, a wall print, a newspaper and the website www.laptopreflections.org. The images used span the period from 1 April to 16 December 2009.

I am being watched. The gaze comes through the laptop screen, focusing on what is happening on the other side. It sees a picture of a face being formed behind the screen. An open mouth, a laugh, eyes screwed up, sleepy, concentrating hard, irritation and anxiety, teeth, nostrils, bags under the eyes, wrinkles on the forehead, minimal differences in an unchanging gaze. I never look my best, like I really want to have my portrait done.

The screen sees me the whole time while I am looking at it, I am not embarrassed by it, it is neutral, invisible even, I don’t register its existence, it is just a glowing surface.

The screen is inextricably connected to my life. It is a door that I pull shut behind me, which gives me access to a space where I can disappear. It is my gateway to information, it is my space for communication, it is a space where I carry out my work and enjoy myself. I entered into this connection and I am addicted to it. I seek it out, at all times of the day. I am no longer surprised by this phenomenon, instead I invite it into my daily life. The screen travels with me to the most diverse locations in the world, it is opened and closed, once a day, ten times a day, or sometimes it stays on.

Even if the journey that takes place in my head while I sit and watch, read, write or research is an eventful one, I might actually be sitting there motionless for hours on end. The images analyse my individual codes of behaviour and my characteristics. It is not just my facial expression that is being observed, but also the context in which it occurs: how is my hair sitting today, how am I holding my body, which clothes am I wearing (again), which other people, friends, supporters, students are hiding behind my screen? In what surroundings have I opened my screen? And the gaze keeps storing the image – every five minutes – in its memory.

The gaze is not only directed at me, but also at what exactly I am doing onscreen. Am I emailing or on Skype, am I looking for distraction, do I change application frequently – or even do I swap between active windows frequently? Is it text, images, video or sound that accompanies me throughout the day? Does my portrait match what is happening onscreen? If I am watching a film, does my expression fit the images in the film? Are there big differences between the four of us?

We can only discover the patterns and details when the enormous number of images are arranged and displayed in an accessible manner.

We captured the images for a whole year, starting in January 2009. Every five minutes during the day a portrait was taken by the built-in webcam and a screenshot taken, whenever we were using our laptops. The gaze was inescapable. To an extent we got used to this gaze that we had turned upon ourselves. However we often felt we were on show and under observation. Sometimes we were followed by the feeling of being watched at times where there was no computer screen nearby, for example while watching television. It even happened when we were looking at shop windows or a magazine: suddenly you were overcome by the oppressive feeling that we got when the green light next to the webcam flashed, as a sign that it was storing yet another image in its huge memory. We came to terms with it. The desire to discover patterns was greater than the inconvenience of the gaze. We also enjoyed the experiment, studying your self -portrait is fascinating. The sometimes claustrophobic feeling, the confrontation with our own daily routine alternated with the pleasure of knowing we have been recorded and being able to observe ourselves. We are thus more concerned with personal, subjective, even sensitive feelings: layers which will reveal themselves beyond the objective and concrete facts in the large number of images. We are looking for extraordinary connections and unpredictable arrangements, for series of images that no-one would put together. 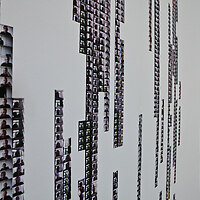 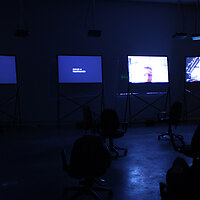 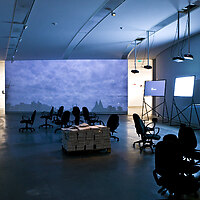 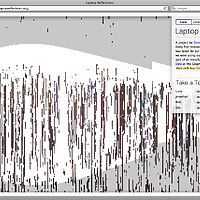 Caroline Nevejan - In the Netherlands in 2006 during the national elections, all voters were supposed to cast their…