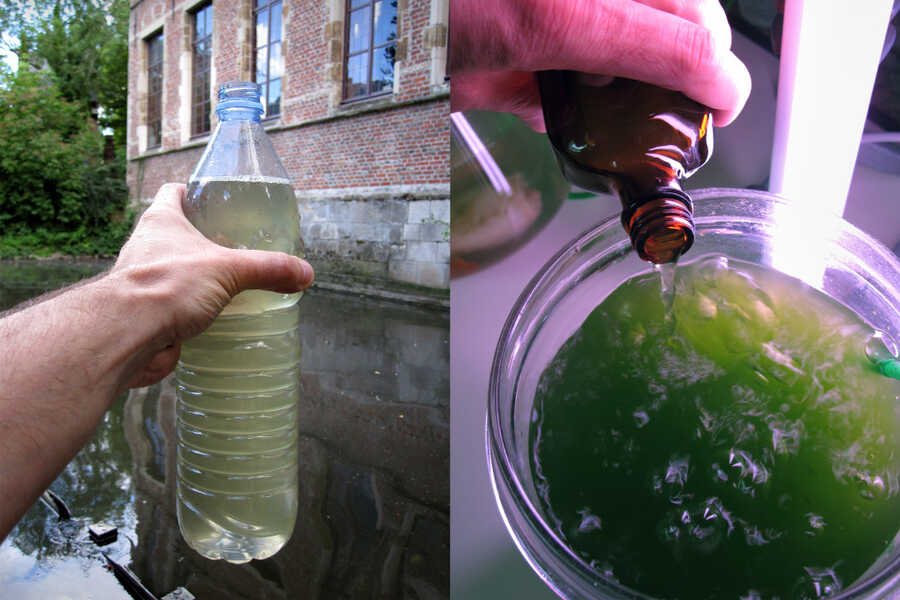 Each Biomodd project ends with its disassembly. To some this may come across as shocking since so much combined effort went into the creation of the installation. Nevertheless this choice follows the logic of the project. Only through its 'destruction' a subsequent group gets the occasion to start from scratch, and essentially reinvent the project.

The disassembly process is very carefully conceived: functioning systems and components, as well as the living organisms are donated to team members and project supporters. In this way, these elements obtain a third life in a new context and function as seeds spreading the art work’s ideas. All remaining components are brought to thrift stores or recycling centres. Mathias, Thomas and Jorrit all took their hybrid computer systems back home to continue using. Dries and myself adopted a major part of the plants, and a friend of Mathias adopted the single gold fish. I selected about three boxes of parts and materials to be used in the next Biomodd Workshop in Maribor, Slovenia (November 2010). Some of these components made it even to the subsequent Biomodd Workshop in New Plymouth, New Zealand (January 2011).

The microscopic algae are a recurrent theme/medium in my work and have been used in every single Biomodd iteration so far. I started using green algae as an artistic medium back in 2002 (Biopainting No I). Since 2003, I’ve been retaining a batch of Chlorella algae after each art work in which they were featured. At the start of a new art project, I simply culture this batch up to the needed volume. The algae become an immortal artistic medium like this and a living record of previous experiences. Witnesses of the past and agents for the future. The culture that I used in the Biomodd Workshop in Sint-Niklaas had been growing throughout several art projects in Belgium and both Biomodd projects in Ohio and the Philippines. It’s important to note that wherever you culture Chlorella, it mixes with the local variant of the species. Airborne spores tumble into the water and develop into fully grown cells. After the Biomodd Workshop in Sint-Niklaas, part of the new culture was taken to Slovenia and New Zealand. Currently I have a 'Belgo-American-Filipino-Slovenian-New Zealand' culture in stock in my studio. A multicultural mix ready to mingle with algae from other locations.

Biomodd is a project of constant rebirth. Firstly by its very own nature: giving the same set of core ideas a new shape depending on its location and contributors. But also because of the continuous revival and use of the ongoing algae culture. In the case of the Biomodd Workshop in Sint-Niklaas, we can also talk about a sort of personal ‘rebirth’ in my own hometown acquiring a new – or rather updated – identity in my local community.

Biomodd is explicitly intended as social sculpture, and functions as meeting platform for dialogue and experimentation. The work reaches way beyond its physical and temporal boundaries, influencing people’s perception of the dynamic relationship between nature and technology. Even after closure of an individual Biomodd iteration, the work keeps on living in different pockets of that location – in peoples homes, in local fields and gardens. And since Biomodd is an open source art work, people can freely reproduce, copy and even subvert the project – thus giving it a life beyond my own control. 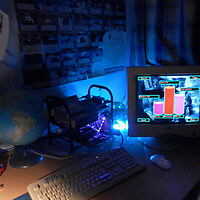 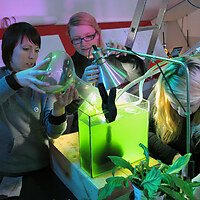 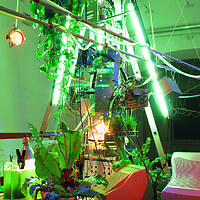 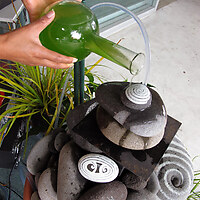 Angelo Vermeulen - Nature and technology are our means to re-structure the tangible world. 'Nature' is understood here… 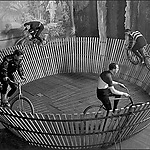 Caroline Nevejan - Because of the current business models in software, we end up with very crappy software that we…

In the documentation folder I find the booklet "Where does Apple stand on AIDS?", published by…