Social media as an intermediary to start a movement

In this column I explain why I believe social media can function as an effective intermediary to start an sustainable movement.

A few weeks ago I saw a short movie clip on TED of Derek Silvers called ‘how to start a movement’. In a funny clip, Derek shows that it is not the leader that is the most important but the first follower. As Derek says, ‘The first follower is what transforms a lone nut into a leader’. A movement must therefore be public, so new followers can emulate the other followers and not the leader. Once it is less risky to follow, because you will not stand out anymore, more people will follow because they prefer to stick with the crowd. Derek ends with saying people should have the courage to follow and show others how to follow. The first follower is a form of leadership itself.

What I think is remarkable on the clip is that the leader makes a silly movement, which is easy to copy by the first follower who subsequently calls in his friends.  I believe this is also the success factor of why social media is effective in creating a movement. The ‘like’ button is an easy step with a low threshold. When you give a facebook post the first like, it does not even appear on the homepage, until it has reached enough likes. For your name to be visible, people have to click on the number of likes. Besides that it is easy, it is also not risky.

But although the like button is easy and risky, it forms a powerful tool. It is a quick indication if something is worth your time. Since social media is connected to your own friends’ network, which contains people you trust and people who share the same interest, you are curious when someone has liked something. Since it is in the same network it is also more likely someone will like it. The Facebook post hops from network to network and cleverly makes use of existing networks to attract new followers. Once there are many likes, the ‘like’ buttons represent the crowd. It makes the crowd visible. This gives the opportunity to gain interest from people who may not be interested in the beginning, making you think ‘If it as so many likes, it must be good. I am going to watch it’.

What can we learn from this for sustainable innovation? Based on the given examples, I believe sustainable innovation should be comprehensible for everyone to start with. How can you follow something you do not understand? The reports of IPCC on climate change are interesting, but create a border because of all the jargon used in the papers, which is often the case for scientific papers. As the article of Hargreaves about Grassroots innovation states, intermediaries are important for brokering and managing partnerships between local community projects and other actors from outside the community. Maybe we need intermediaries who bridge the gap between scientific articles to citizens?

I believe we need intermediaries who function as interpreters to translate the language of scientist to language of the ‘average’ citizens. Who explain how climate change affects us as individuals, who make climate change personal and create self-interest to behave more sustainable. For example, CO2 emission causes rising temperatures. These rising temperatures can destroy harvest near the equator because of drought, putting poor farmer communities at risk. This seems far away for western countries, but this actually influences food prices. When food becomes twice as expensive, CO2 emission suddenly becomes a personal treat. Self-interest is the strongest motivation as explained in ‘tragedy of the commons’, we should make use of this to stimulate sustainable innovation.

The second thing we can learn of the examples is that you have to have first followers. Why not ask help from your friends and others in your existing network, where the threshold to start following is lower? Why create a new website with a separate community, when you can use social media which has a low threshold to join, low risk and has already proven itself by hopping from network to network expanding your reach? The Phoneblocks project of Dave Hakkens, already proved that this concept works to get the big companies on board as well. In this sense, I believe that social media is one of the most effective intermediaries to connect communities. 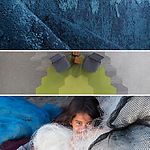 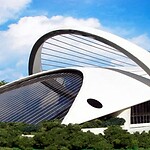 Cooperation or prevention of cheating? 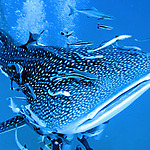 Cheyenne Schuit - This column is about a lecture of an evolutional ecologist. Toby Kiers found out that nature does…