In this section the research of week 6 is reviewed. An additional forthcoming article on values has been added. Values and responsible innovation are the main discussion topics of this week’s literature and therefore the research question for this week is: How can engineers incorporate values in their designs?

Engineers and Community: How Sustainable Engineering Depends on Engineers’ Views of People by Lucena

The success of engineering projects is for a big part depending on the way engineers involve the people they design for. Do they approach these people just as clients, or they do approach them as stakeholders, users or citizens, which is more than just a group of people purchasing the end product. Stakeholders, users or citizens are a group of people which can actively contribute to the success of the end product (Lucena, 2013). These citizens have values, that need to be recognized and incorporated in the system design. There is therefore a shift needed from the client approach towards the citizen approach. Evidence has shown that the inclusion of citizens into the different design stages ensures long-lasting viability and contributes to overall sustainability. Reasons for citizens inclusion are among others that usually at least one stakeholder group will value sustainability, this value will be seriously considered and finally incorporated into the system design.

Engineers possess power over who is to be recognized as a valuable stakeholder group. They can ensure that sustainability-valuing stakeholders are included and that their values get incorporated into the design.

Engineering can be used for the transformation from Sustainable Development (SD) into sustainability. In this transformation, there is a very important role for engineers, since they are in interaction with other non-engineering agents involved in SD. Engineers that adopt this transformation role, which is beyond the scope of the disciplinary expert and thus become transformative agents, should realize that the way they view people influences the way they interact with people. They should understand that the past, current and future interactions with this people shapes the effectiveness in transforming SD into real sustainability (Lucena, 2013).

Due to contemporary pressures, people nowadays cope with reduced attention spans that impoverished the quality of listening in our lives. For engineers to become transformation agents, they should re-evaluate their listening capabilities and if substandard, try to improve these skills. Otherwise understanding the people you design for, will be extremely difficult and it will increase the chance of a mismatch between the design and the people’s needs(Lucena, 2013).

From this basic listening, where engineers listen to their clients in a one-way relationship as experts to non-experts, there is currently a shift going on towards contextual listening. Contextual listening allows the ‘clients’ to contribute and co-create technologies. It is multidirectional, it builds relations, it focuses on the user’s empowerment and it invites accountability and transparency from all involved parties. This way, the interactions between engineers and the diverse group of users will increase the chance of making a successful transformation from SD into sustainability, based on contextual listening and grounded in the locality. It not only allows co-creation, but also co-usage and co-maintenance (Lucena, 2013).

Treating community members as citizens which are able to actively contribute, empowers this group and it recognizes the diversity, complexity and the rights of the users (Lucena, 2013). When engineers view and interact with people as citizens, engineers can make more significant contributions to transform SD efforts into sustainability. When contextual listening is applied to the citizens, they will feel more empowered to claim their rights, participate and contribute, because they feel that they share responsibility for the design. Furthermore, with contextual listening engineers might be able to recognize more rapidly conflicts between citizens’ rights and responsibilities so they can jointly solve these issues (Lucena, 2013).

Engineers and Active Responsibility by Pesch

Technology affects people and people affect technology. Technology is intertwined in a society with norms and values that the technologies need to resonate with.

Pesch (2014) is in his article presenting different frameworks in which engineers can take moral responsibility for their work. He means that there is currently no institutional structure in society where engineers can consider how their designs affect society.

But why do engineers have to take responsibility for values in their design? Well, Pesch (2014) gives three reasons for why this field of study is important. First, he argues that technology systematically produce and reproduce values that are not always desired. For that reason, the people in charge of the technology (e.g. engineers) also have a moral responsibility to investigate which values are present. Secondly, Pesch further elaborates on the fact that technologies can become locked-in in society as they become a part of the socio-technical system, and therefore engineers have a responsibility to make sure the lock-in does not cause harm. A current example is the way that technologies based on fossil fuel are embedded in our socio-technical system, such as transportation, heating, etc. The third reason is the fact that technology that may be important for society gets a bad reputation if it neglects values, such as privacy. With this Pesch means that a new technology has a greater chance of success if societal values are taken into consideration during the design process (Pesch, 2014).

Pesch concludes the article by claiming that “[…] the proverbial ‘guns do not kill, people do’, cannot be maintained, for the simple reason that technologies enable behavior that otherwise would not be possible.” (Pesch, 2014)

This article connects to the previous two articles. It elaborates on the Value Sensitive Design (VSD) method that was already mentioned by Pesch (2014). Value Sensitive Design is a method that was originally constructed for designing human computer interaction in information technology, but has later been applied in other domains of technological design by incorporating moral values. By applying the VSD method, engineers take the values of all the stakeholders involved into account during the design process. According to Correljé et al (forthcoming) this is essential for engineers to gain public support for their projects. The article specifically focuses on the energy market, but as stated before, this method can be applied in other domains of technological design.

This approach focuses on all values from every stakeholder involved. In popular economical approaches as  the neoclassical or new institutional approach, these values are added up into one price. Therefore this approach also requires a new approach to economics which is found in the Original Institutional approach to economics (OIE). According to OIE different societal groups all have different values that are influenced by formal (like laws) and informal (like traditions) norms. Later these individual values transform into public values and are determining decision making in politics and business.

These three notions form the base on which the authors present their adaptation of the VSD method. Two objections against the current form of VSD are presented. Firstly VSD provides no clear methodology for assessing who the stakeholders are and what their values are. Secondly it provides no method of how to deal with trade-offs.

The authors suggest an adaptation to the VSD model. A value hierarchy consisting of three levels needs to be implemented. These levels are fundamental values, norms and design requirements. Each level follows from the previous level. When VSD is applied, engineers should use this as an analytical tool. This will give them insight in:

VSD is mainly meant to identify and understand conflicting values and controversies. As a design tool VSD can be used to resolve these.

The adapted VSD framework is based on theoretical notions anr requires operationalization and empirical testing. Such an application could answer questions regarding flexibility of public acceptance.

Correljé, A., Cuppen, E., Dignum, M., Pesch, U., & Tabi, B. (2014) Responsible Innovation in Energy Projects: Values in the Design of Technologies, Institutions and Stakeholder Interactions. Forthcoming.

There are methods that can facilitate a more conscious design process where values are considered, even though they do not replace accountability forums. Pesch takes two examples; Value Sensitive Design (VSD) and Constructive Technology Assessment (CTA). VSD is an approach where technology is seen as something that serves societal needs, and that relevant stakeholders should be included early in the design process to identify important values and by that adjust the technology in the right direction. CTA is a methodology that uses methods of participation where stakeholders are involved. So-called “bridging events” are created where actors get to discuss the values of the product (Pesch, 2014). He writes that it is up to private and public organizations to try to alter the culture of engineering and make it so that individuals feel like the have a moral responsibility for technological development, even though there is a ”problem of many hands” (Pesch, 2014).

The adaption of the VSD framework Correljé et al present could give a better analysis of what values determine public engagement. It also accounts for the dynamics of a design process. This method could be used to prevent or resolve conflicting values or controversies over norms or design requirements.

Furthermore, engineers have to understand that the past, current and future interactions with this people shapes the effectiveness in transforming SD into real sustainability (Lucena, 2013). Engineers have to transition from basic listening, where they just listen to their clients in a one-way relationship as experts to non-experts, to contextual listening, which is multidirectional, builds relations, focuses on the user’s empowerment and invites accountability and transparency from all involved parties. Contextual listening allows the ‘clients’ to contribute and co-create technologies. When contextual listening is applied to the citizens, they will feel more empowered to claim their rights, participate and contribute, because they feel that they share responsibility for the design (Lucena, 2013).

In our designs for the different subsystems of Texel, it is important that we think about what values are produced and reproduced in the technology. We also need to take into consideration the values that the society on Texel have regarding this subsystem, so that the design does not become publicly contested. The way that we discover the values that the Tesselaars have regarding this subsystem, can be done through contextual listening. This allows multi-directional communication whereby the Tesselaars are more than welcome to contribute and co-create to the technology of the subsystem. Once these values for the stakeholders on Texel  are discovered, they could be assessed by for instance by means of a bridging events (Pesch, 2014) or using the value hierarchy as an analytical tool (Correljé et al, forthcoming). Although the latter is tailored for design of energy project, it is our view that this method could also be used to design for other technological transitions that impact a multitude of stakeholders. 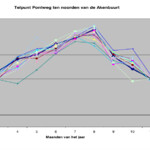