There was a lot of potential for somebody to make an impression. And, very important, a lot of money was dedicated to the Tsunami disaster. A number of international agencies, which specifically had a handle on this money, were quite interested in this precedent to profile themselves.

However, because the portal was open source, some of the more institutional organizations had difficulty with trusting the Pantoto platform Dinesh and friends had built. Dinesh argues that his team believed that one does not only want to show organizations, but also an individual or group of two that contributes to the rescue. To be acknowledged when being part of a rescue or building up effort is for all involved important, not only for NGO’s but for individuals as well. 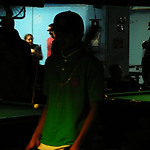 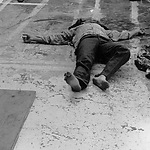 Caroline Nevejan - When considering the physical clash between intention and realization in mediated presence, the…