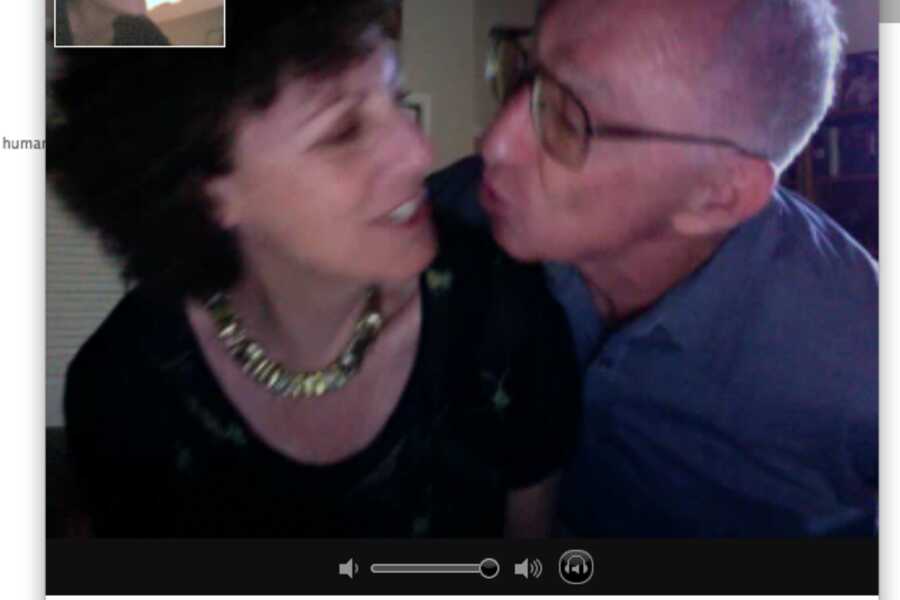 I have a folder on my computer filled with screenshots that I take whilst skyping my folks. In the shots, Mom & Dad are playing around, teasing each other, poking, messing up each other's hair, kissing and kanoodeling, drinking beer out of a bottle without the aid of a glass, like an orangutan.

Although they've lived most of their adult lives in the middle of Silicon Valley, down the street from the Packards, up the street from PARC, my parents have somehow escaped becoming technologically savvy.

It is in our weekly skype sessions that I see how utterly oblivious they are to the fact that their computer contains a built-in camera. More than once I have witnessed my father, having just returned from his morning run, coming out of the shower with barely a towel on. Butt-naked. Now I have a one of those families where everyone is always touching each other, if not pinching, kissing, hugging, leaning on, fussing with each other. IRL (in real life) they are seriously in your face. But it's not one of those families where everyone walks around naked or pees with the door open. Which is why it's so strange to see my dad walking around in a towel (or butt naked) on SKYPE, something he would never do if I were physically there.

Whilst skyping, my folks constantly fuss with how my picture looks, what I am wearing, comment on the state of the room I'm in. And I have checked if they can see their little picture in my big picture, but it somehow doesn't register with them that I am watching, because they behave as if they are not being watched.

M&D trust so much in a technology they don't fully understand that they no longer have a long-distance phone plan. My folks have a daughter that for 25 years has lived 10.000 kilometers up the road and they can not call her via their landline. They don't know the camera is always on, but they trust SKYPE implicitly as the long-distance platform for communication with their one and only girl. My mom sends me an email with an order to 'GET ON SKYPE NOW! Typically these mails will come in the middle of my working day, or in any case, not at family chit-chat time.

All of the skype conversations with my folks happen because I have called them on their landline to herd them to the computer. Though this call costs me less than 2 eurocents per minute, they can't scurry me off the phone fast enough. 'Get on skype, get on skype, phone's expensive!', and always, 'We need to see you'. They know there's a camera involved. 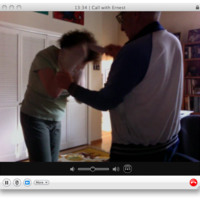 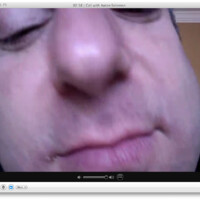 Caroline Nevejan - Social relations, architecture and the environment around shape an individual when growing up.

Caroline Nevejan - Cross-cultural communication is happening all the time right now. All people are communicating with…