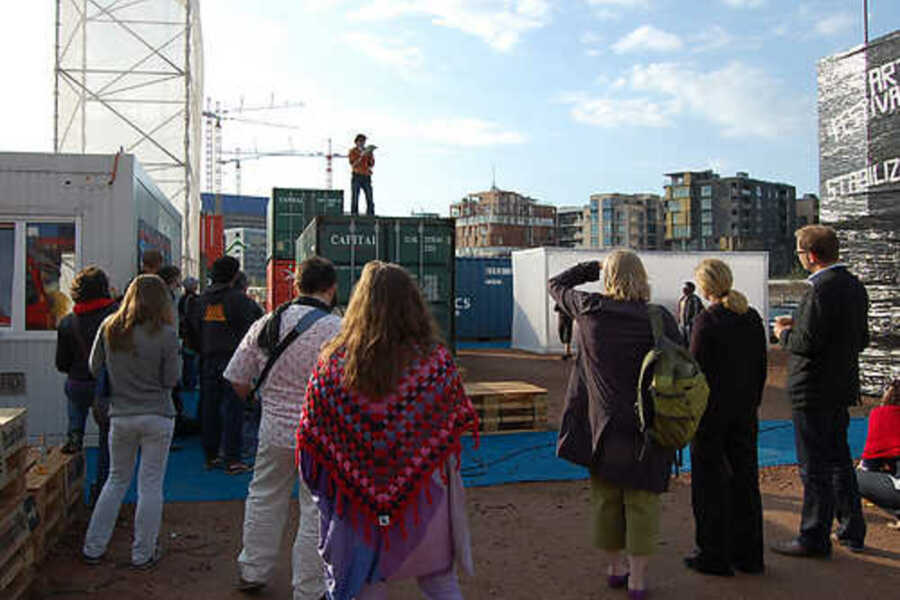 The Russian art and activism group Chto delat/What is to be done? approached me soon after they arrived. They wanted do a performance on top of the moving container.

Talking about the symbolism of these containers and the consequences of globalization they proposed this performance:

"These statistics are not complete"

The container became a stage: Armed with a megaphone, statistics and statements were shouted around. From the container within came the sound of people trying to get out. A sound that slowly died away until the container was opened. See a video of the performance above. 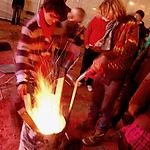 Zoro Feigl - Three weeks of interaction with my work in a new surrounding.