The recognition of difference

There is one field, however, in which the contribution of the two projects—the actual witnessing they perform—might undoubtedly be emphasised. What ‘Breaking the silence’ and ‘We want (u) to know’ document is not so much a process of bearing witness and healing in Cambodians communities as a particular phase of Western engagement in the construction of Cambodian memory (e.g. the trial; the involvement of Westerners in the collecting and preservation of testimonies; attention paid to post-traumatic syndrome).

In this respect, the two projects form the counterpart to the documentary work of Rithy Panh and the testimony of Vann Nath. They produce knowledge from ‘the other side’ and thus should be considered historical documents on the relationship between Cambodia and the West at the beginning of the twenty-first century. Both projects record, even if it was not their original aim, situations of cultural confrontation around notions of memory work. Doing so they might well be a first step towards what Kelly Oliver calls ‘recognition beyond recognition’: the recognition of difference in mechanisms of coping, remembering and witnessing. This is not to say that local forms are ‘better’ or more adjusted to the Cambodian situation than Western participatory projects. Rather it is to point that bearing witness in today’s post-colonial and multicultural environment takes on many forms of which people in the West, are not necessarily aware, or part. The example of the Dhammayietra (‘pilgrimage of truth’, peace walk) is particularly cogent in this context. The first walk took place in 1992 with the repatriation of Cambodians from the refugee camps on the Thai border. The monk Maha Ghosananda (1929–2007) decided to enter the country with them. It was then held every year, passing through war-torn areas and Khmer Rouge strongholds, more and more people joining the monks and nuns. The Dhammayietra provides recovery at many levels. Of movement: ‘After nearly 30 years of war and a long legacy of border conflicts, Cambodians have a highly developed sense of the violability of borders and the danger of trespass’ (Poething 2002, p. 25). Mobility, associated for so long with a wide range of traumatic experiences (i.e. forced evacuation from cities and relocation in the countryside during the Khmer Rouge era, refugee flight after 1979, but also internal displacement during the 1970–1975 civil war), is converted into a positive movement, a movement towards peace. It is also a recovery of the land where landmines turned walking from a familiar daily act into dangerous act. Last, it is a psychological recovery for many villagers who reconnect with meaningful ceremonies and rituals. Dhammayietra is able to ‘create new cultural memories and collectively share the painful experiences of surviving and witnessing’ (Skidmore 1996, p. 542). So what could be the role of Westerners in such context? Concluding an article on ‘S-21 the Killing Machine of the Khmer Rouge’, the journalist Pilger (who covered the 1979 trial and helped launch an aid campaign for Cambodia in The Daily Mirror) writes: ‘Thank you, Rithy Panh, for your brave film; what is needed now is a work as honest, which confronts ‘us’ and relieves our amnesia about the part played by our respectable leaders in Cambodia’s epic tragedy’ (The Guardian 2004). Leaders … and journalists (starting with Pilger who had not been very vocal against Democratic Kampuchea in 1975–1979), progressive intellectuals, leftists and others who did not say a word against the Khmer Rouge in the 1970s and even supported Pol Pot’s regime. Is it not that ‘silence’ which decades later should be broken? To produce witnessing on political engagement in those years and its simplified ways of looking at things could well be indeed ‘our’ task in the West. 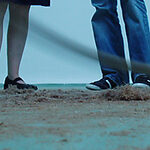 Zoro Feigl - Time plays another role in the work, though in a less noticeable way. My work wears quickly. It…