Instead of both adapting as in two people communicating, who even if they don’t speak the same language use certain universally accepted truths about communication regardless of the language that they speak, computers don’t have that ability; they don’t have the ability to adapt to any user at all. When people tune their presence to systems they have to train them selves into communicating in a way that the computer wants them to communicate. A person is forced to change, states Quillinan, that’s the only way it can be done. Because systems have a lot of executing power, things only get worse according to Quillinan. Often times people will blindly do, what the computer tells them to do. And regardless whether it makes sense or not, they still follow it. A classic example is people who blindly follow their GPS-units to narrow footpaths because the GPS unit said to go there. People seem to suspend their own judgement. In crisis situations the trust in the computer only seems to ameliorate, as Quillinan finds in his research on crisis management. 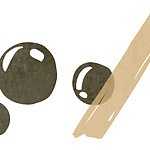 Caroline Nevejan - In design trajectories the formulation of design requirements is a crucial phase. In the design…