In 1938, Johan Huizinga wrote his book Homo Ludens. In this book, he claims that play is an essential part of human culture. Game appears in all cultures at all times. Play is essential for the development of children. Game provides an escape for the pressure of everyday life (Huizinga 1938).

Anno 2010, Huizinga’s book is still as relevant as in the 1930s of the last century. Entertainment and amusement are important features of today’s Western society. I am convinced that the fundraising for the earthquake victims in Haiti owes its success to the TV show that was built around it. A few years ago, the ‘Grote Donorshow’ (Big Donor Show) on the Dutch television initiated the debate on the donation of organs. Whether we like it or not: the 21st century citizen is also a critical consumer in a world of abundance. To reach him, he must be tempted, and entertainment is a powerful tool for that.

For that reason, the phenomenon of ‘play’ deserves a more detailed view. What makes a game fun and attractive, and what types of games can we distinguish? Understanding this gives us clues for the design of a successful participatory process. Being a game-enthusiastic myself, I derived ten characteristics of a game. I claim that the more of these characteristics are present in a project, the more playful it is, whether it concerns a board game, a computer game or a participatory project.

4 Participation in an entertainment society

Maurice Berix - But I wonder: would an optimal e-participation project in YUTPA terms be enough to engage a broader… 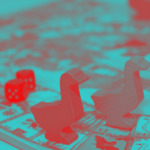