Patterns between presence and absence

In the patterns of presence and absence in the variety of mediated and unmediated forms, people produce and reproduce social relationships. When designing such an environment there is great confusion about how to do what, where, when, with whom and in what way.

graphic3.gif - Diagram 3: What is communicated in which way via which medium, and how these influence each other, is often unclear.

The amazing acceptance of the variety of media that facilitate communication moments in a communication process is taken as a starting point for this study.note 18 I will not use the term 'virtual' hereafter since it suggests a different form of reality which may be appropriate to some narrative environments, as are created in videogames, but it does not pay heed to the way people integrate physical and non-physical moments of communication in the communication processes upon which social relationships are based. Apparently, people will quite easily accept a variety of mediated presences, and also the implied absences. The understanding of the pattern of presence and absence qualifies their relationship.note 19

A trajectory exists from being a non-user to being a user of new technologies. Frustrating as this can be, once this has occurred the new models of communication are accepted as being part of communication processes and are allowed to affect relationships between people. Yet at the same time, some people refuse to accept such mediated presence at all and some people refrain from using certain technologies after having used them for a while. Thus presence is a phenomenon that can be accepted in mediated form, but mediated presence can also be refused because of the fact that it is mediated. Apparently, the 'presence' of the other person and the 'presence' of one self can be mediated in such a way that it is accepted or refused in functioning as 'real' presence. In technology development attention is directed towards users of technology, while the environment of non-users may be affected deeply because of the implementation of these technologies (Wyatt 2003). Even when one is a non-user of certain technologies, even when one refuses to accept certain mediated presences, if they are implemented and accepted in the environment in which one operates, one has to deal with them.

Caroline Nevejan - Communication models of 'one to one', of 'one to many' and of 'many to many' evolved. The term… 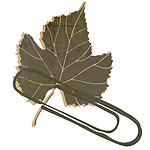 Technology brings into our living room the world’s most skilled musicians. 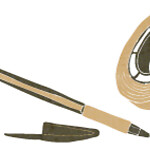 We may listen to perfectly executed music at any time of the day. This is no longer extraordinary…