Even how close we stand with each other is expressed in rhythm, notable when adjusting to cultural difference. Hall called this the proxemic dance (Op cit. p. 154). A study of conversing ‘Americans and Mediterranean peoples’ discovered that distances were maintained with accuracy to ‘a fraction of an inch’, and the process was rhythmic. People adjusted their distances approximately every thirty seconds. In studies on group synchrony, one of Hall’s students found that children in a playground were all playing in synchrony with each other. On close scrutiny, it emerged that one active girl was skipping and dancing all around the playground, and whenever she came near a cluster of children, they would synchronize to her. This girl was ‘orchestrating’ the movements of the playground.

These examples illustrate how much rhythm is part of our co-existence and survival as growing children and as adults. If we do not have this survival skill, we become isolated. Hall proposed that depression may have its roots in the person who is out of sync in deep and basic ways. People who are autistic, for example, do not have this flow, and they suffer as do their carers. They have difficulties communicating and others do not understand them. In their work, Condon and Ogston (1966) looked for current and predictable regularities in ‘normal’ behaviour and compared these with those of ‘pathological’ behaviours, including aphasia and schizophrenia and autism. At the heart of these regularities is the relationship between self-synchrony and self-with-other synchrony (intra- and inter-personal synchrony). Self-synchrony of body parts in the speaker with variations in their speech utterances normally takes one twenty-fourth to two twenty-fourths of a second at any time, and it is reflected in synchrony on the part of the listener at the very same time although not of the same body parts (Ibid. p. 457). In pathologies, there is reduced self-synchrony of body parts with speech utterances, and delays in auditory perception (delayed auditory feedback) create disturbance and difficulty for self-synchrony and in turn for interpersonal synchrony. The relation between intra- and inter-personal synchrony is fundamental to mutual awareness and entrainment.

Entrainment may be a key contributor to the survival of the species, and this seems to be supported by the findings of motherese. ‘By the time a child begins to speak they will have already laid down within their self the form and structure of the language and interaction system of their culture’ (Condon and Sander 1974), that will shape their survival path. 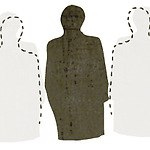 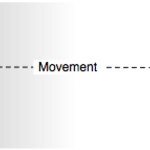