In Science and Technology Studies the complexity of such arrangements in which nature, culture and technology are deeply interwoven, is addressed. Through analysing a simple object, a standard procedure, or the invention of a single item, underlying structures of meaning, production and social organization are revealed. By analysing the network and context in which such an item functions it becomes clear how structures we do not see but use everyday are actually shaped.

In the essay “Plugging into the mother country” Jules Cassidy and Sally Wyatt (2001) describe how the confrontation with the English plug made them aware of their ‘otherness’, their colonial background and the fact that they as women have a technological identity, be it as “cyborg or goddess”. Coming from Australia and Canada, they were used to other plugs and wiring of domestic electrical appliances, and they did not know that the English wire their appliances themselves and use different plugs. The fact that they did not know how to do this caused them lots of trouble and emphasized their being ‘other’. When travelling abroad one is easily confronted with the local manner of systems engineering, even though globalisation increasingly creates the same interface to technologies, as Wyatt analyses when she is ‘reading’ the house of friend that she is staying in (Cassidy & Wyatt 2001). She also notices how some interfaces are very dated in time. The technological capacity of a woman is part of her identity and can be a reason for generating feelings of humiliation even between women, as Cassidy describes. And as a response to this, a pride in ‘being other’ evolves.
By analysing a very simple object Cassidy and Wyatt demonstrate, among other things, how technology is also a bearer of a certain culture in a certain time and place. People develop their schemata in a certain place at a certain time for how to deal with a certain technology. This involves perception and understanding (the English find it ‘normal’ to wire their own plugs, while in Canada and Australia plugs come with the appliance and are already wired) and it involves a way of acting upon this perception and understanding (the English know how to wire their plugs and Cassidy and Wyatt do not). If one is not familiar with the technology schemata of a certain place, one can find oneself in serious trouble. And even though we are increasingly able to find the same products all over the planet because of the process of globalisation, which generates a sense of ‘normality’ and even of ‘naturalness’, we have to realize how technology, even simple technology, also carries cultural information. Thereby it generates certain behaviours and it contributes to the inclusion and exclusion of people.

Media schemata are deeply influenced by our cultural understanding and this understanding influences how people use the technology for the products they make. A very convincing argument for this was given by Jean Rouch, anthropological filmmaker and professor at the University of Nanterre, Paris, France. When Jean Rouch made a film about the lion hunt in Niger in 1965 , together with African colleagues who did not share the media schemata for film as it had developed in France at the time, he found that they used the camera differently. For the African filmmakers the feet of the lion hunters were the most important thing and in the film we see minutes long of running feet.

I conclude this section by establishing the fact that media schemata are particular to a certain time and place, to a certain generation of people and to different social groups. The media schemata influence how people deal with processes of attribution, influence how the reality of a certain technology is perceived and influence how new products will be made with the same technology. The process of how technology and media schemata evolve is crucial for designers of presence technologies to understand. At the same time it is very hard to achieve. We can use analysis from Science and Technology Studies as an inspiration, but the context in which those schemata developed was different to the schemata that will develop for future technologies. So we have to understand much better the social dynamics that make the schemata evolve.

There is so much that it is impossible to experience everything. 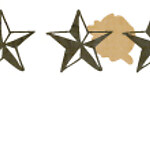 Even the most wonderful music can be done without.

Caroline Nevejan - Performance is always based on and limited to a specific application of systems as it is for humans.

To settle for certain behaviour