When transposing a concept like Witnessed Presence from one culture to another tuning is required. Presence is uni- versal, but the concepts of witness and Witnessed Presence are specific and therefore non-universal. What is considered to be evidence, being witness and bearing witness differ across cultures. An early technology like the fingerprint does not distinguish between cultural identities of people. But when two people meet, the context of the occasion, be it formal or ritual or just in the street, will deeply influence how one person witnesses another. People read the cues in each others’ appearances—styles, heritage, cues of community traditions, professional attributes—and this results in a judgment on the other person’s identity, be it falsely informed and/or based on prejudice or not. Wit- nessing is specific to the witness (interview Parthasarathi 2008).

Cultural and political structures of governance define perception and therefore deeply influence testimonies people give. For example, the journalists who covered the Mumbai attacks in 2008 mostly came from well-to-do families who frequented the hotels that were bombed and hardly ever entered the train station that was bombed as well. Even though many more people died in the train station, far more reports on television were about the hotels. Only when cues are equally and fully understood can there be a space for dialogue and transaction. This raises the question whether one can be a witness without dialogue and transaction. Dialogue and transaction is fundamental to Witnessed Presence (interview Parthasarathi 2008). Vice versa it can be argued that when transaction is taking place, this can easily be taken for an act of witnessing, fuelling the perception of systems as participants in human ways.

Processes of judging and witnessing are often inter- twined. As one human being witnesses another human being, she also judges the other human being. This is even more so when religion has a strong impact on social and public life. Being an independent woman in Kashmir, Bawa found that judging and witnessing seem to be parallel processes. Only through conversations in which trust grows between human beings, judging may turn into under- standing (interview Bawa 2008).

In the global atmosphere, upon which many people are dependent now, this process of judging happens all the time because people are thrown into cultures they do not know. Part of cross-cultural communication is perception of how one person perceives another person, and part of cross- cultural communication is being able to reflect on one’s own culture. Easily bias comes into play, and one has to balance personal cultural needs, social demands and what is globally required in a professional atmosphere. Also, most international collaborations are dependent on tech- nology and people have to work twice as hard to keep establishing the connection and ‘rapport’ and develop trust between each other (interview Kaul 2008).

Section 4.2 sheds light on how people witness, judge and adapt to the global communication arena. 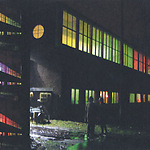