The layout of mediated environment 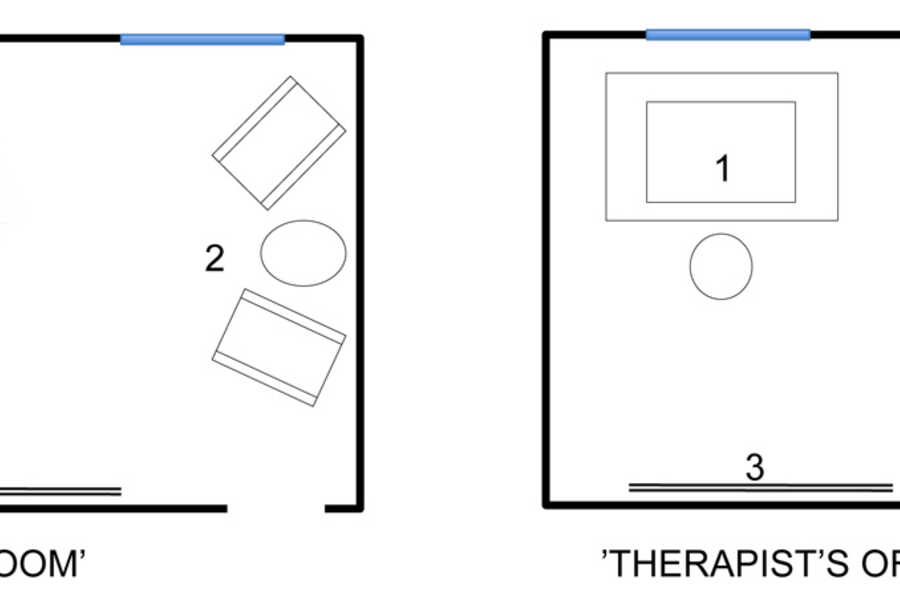 The illustration below shows the layout of the mediated consulting room and the therapist’s office, respectively (Fig. 11). This representation follows the convention from architectural design, where the placement of different furniture is indicated. One could also choose to represent what the camera captures in each location, as shown in Figs. 12 and 13. The shared mediated space that emerges as the two rooms are joined can also be referred to as a spatial montage and represented as such.

To monitor gaze and mutual gaze can thus be regarded as spatial considerations, which may determine the user’s ability to interpret the remote space and therefore to trust the experience at hand. A teleprompter-based design can be achieved by simple means, as illustrated by the mediated glass-door below (Fig. 14).

While both examples exposed different design strategies available to presence designers, the example of the mediated therapist specifically illustrated a mediated space where trust must be achieved, and was. With reference to the origins of presence design—a mediated workplace designed at Xerox PARC in the early 1980s[21]—one could characterize the mediated workplace for the therapist as a sustainer—not for a close working relationship, which was the case at Xerox PARC—but for the delicate intimacy and trust, which an interaction between therapist and patient represents. The patient, we may conclude, was not here—yet, sufficiently near for the establishment of trust; and for the doctor to perform actions and judgments based on professional skill.

What we may assert is that since mediated spaces can support such qualified dialogic interaction, as therapy represents, there is reason to further discuss how presence design can be integrated to collaborative work and learning environments where practical knowledge is at core.

------------------------------
Note 21: A video-mediated work environment for a group of Xerox PARC researchers who were geographically divided between Palo Alto (California) and Portland (Oregon) (Bly et al. 1993). The background to this and a few other creative research milieus that formed in the 1960s, can be found in the development of ubiquitous and tangible computing to support collaboration between people (Weiser 1991). 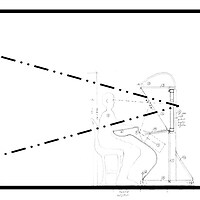 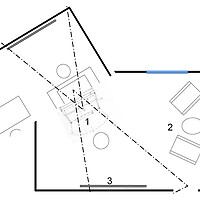 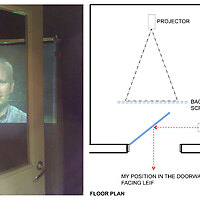