When designing in a local/global context time becomes very crucial. When having to design a very specific thing like an online paying bill system, this is something, which is possible to be done at a certain degree of ‘success’ if you follow certain procedural and engagement aspects.

Often what happens in an actual context, there are all these usability guidelines, which tell you how to make a billing system, and often the speed of today’s transactions and so on. But there is no time for the software developer and the interface developer and even the person who is doing the copywriting in the ways the words are phrased on the screens, to all spend a week together and watch how the kiosk manager manages his kiosk. Perhaps the job gets done, he will manage to send his data. However, if time of engaged interaction would be there, a more nuanced response to this could have been possible. This question of time in such a case becomes very important. People shape their own presence in time and you cannot know this at the other end of the world. As a midway solution, questionnaires are used but often things get lost. The designers and programmers may not have any clue to what really are the usage patterns. For example they do not know the intangible usage patterns of a typically Brazilian teenager and to how that usage pattern perhaps reflects on other aspects of the social context in which the Brazilian teenager is located. To get a sense of that one needs another temporal engagement there. It demands a much more sustained long during engagement. Sustainable things only get shaped in time, including the design of technologies.

Caroline Nevejan - Bangalore 19 December 2008: At the opening of the Doors of Perception Conference in Bangalore in… 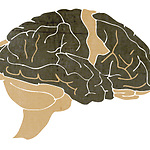