The experience of Facebook is difficult to communicate to someone who has never experienced Facebook or a comparable social network. This also holds for professional international collaboration (interview Wilson 2008). In both cases, the dynamics of interaction are defining. In theatre, one of human’s oldest mediated formats of presence, there are no relations without actions; only actions build and change relations (interview Lavery 2010). Communication on the Internet is highly text dependent, generating words as activities and ‘words that act’.

In natural presence, tuning is a physical interaction testing the boundaries of social contracts. In online environments, tuning is more complex. Complex dynamics characterize such tuning moments. Who is the boss? What is the right tone? How to fit in? And these are also influenced by expectations, which are the result of previous experiences in real and online spaces (interview Abraham 2008). There are no universal rules for handshakes in an online community. The community corrects each participant, through comments and remarks, till everybody is equally uncomfortable (interview Abraham 2008). Global communication skills help people to perform their presence in variety of online environments (interview Kaul 2008). Such skills do not allow for a lot of diversity. Both identities and cultural nuances disappear, as discussed before (interview Abraham 2008). 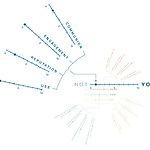 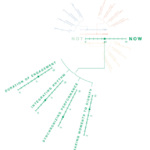